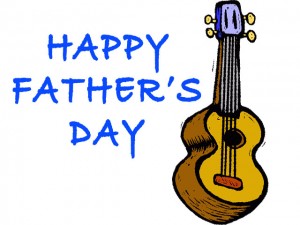 Being a dad is hard enough without worrying about tours, band mates and all the other pesky responsibilities that come with being a rock star. With Father’s Day this Sunday, let’s take a moment to celebrate some of the hottest dads in rock.

This angel-faced blondie isn’t necessarily hot at first glance, but pair him with his daughter, Tuesday, and he reaches a whole new level. Even as he approaches his mid-forties, his tambourine’s still shaking. (I’m sorry, I’m sorry. I had to).

Chris Martin, the lead vocalist, pianist and guitarist for Coldplay, popped out his daughter Apple with good ol’ Gwyneth Paltrow. If his tattoos and giant smile aren’t enough for you, the man is British. Enough said.

At one point in his life, Van Halen was a hot dad. He was probably planning his son’s destiny when he named him Wolfgang, but I don’t think Eddie could have imagined that they would one day play alongside each other on tour with Van Halen. Every kid’s dream, right? 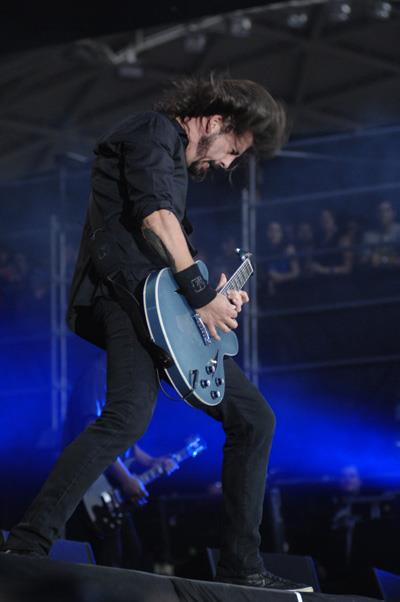 Sometime along with constant tours and rising into stardom, Dave Grohl from the Foo Fighters had two baby girls. With a dad like Dave, who played them Mozart and Eric Clapton when they weren’t even born yet, Violet Maye and Harper Willow are destined to be daddy’s girls.

Yes, Uncle Jesse was a fictional rock star, but what girl didn’t fall even more in love with him when he started singing lullabies to his twins Nicky and Alex? I’m not proud to admit it, but I was still crushing on him and singing along to Jesse & The Rippers long into my college years (thank you Full House ABC Family re-runs).

While babies freak me out a little at this point in my life, I still think these rock stars are hotter now that they’re toting a diaper bag and fruit snacks. Happy Father’s Day to all the dads out there – musically inclined or not.