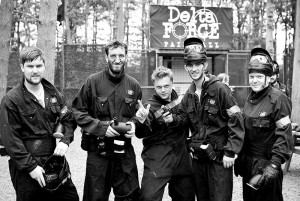 Hailing from Essex, England, Morning Parade have released their self-titled debut album today, along with North American tour dates in support of the album. Currently a B-Sides favorite, the band has recently toured with The Kooks and Walk the Moon earlier this year.

*Radio shows not with Civil Twilight