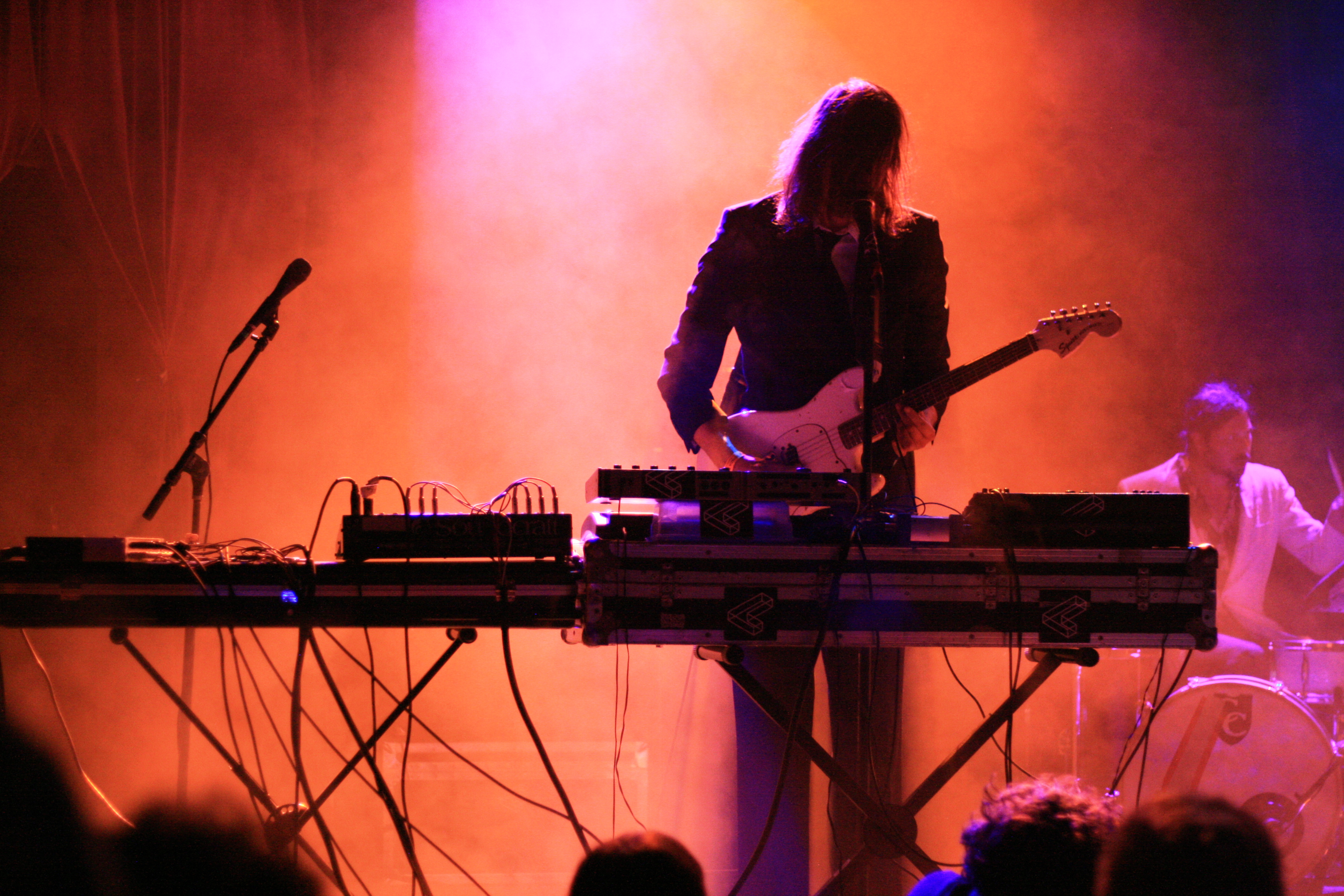 When a band has become known for their explosive live sets and experimental rock sound, you never know quite what to expect when said band puts out a 100% electronic record – but then again, Los Angeles rockers Liars aren’t your average experimental rock band. Armed with their first fully electronic album “WIXIW” (wish you), Liars seem to have had little trouble in taking their cacophony of electronic sounds and fitting them into an already impressive live performance.

Liars graced us with their presence at The Bluebird Theater in Denver on a balmy summer night. The fog rose in time with the lights as the band strode out on stage to a 50’s ditty before the opening notes of “The Exact Color of Doubt” resonated the crowds’ cheers into silence.

The roaring synth writhed through the crowd like symphonic ribbons as the band thrashed under the lights, giving Denver a taste of L.A. electronic grunge at its finest. Each song seemed to take on a life of its own as far as mood and tone, oscillating between haunting and somber on songs like “The Exact Color of Doubt” to aggressive and sinister on songs like “Scarecrows On A Killer Slant”.

Frontman Angus Andrew alternated between ferocious growls and harmonious falsettos as he embodied the emotion of each and every song to the fullest while his bandmates, Julian Gross (drums) and Aaron Hemphill (Percussion, guitar and synth), complimented his every move by transitioning from practical instruments to electronic in order to recreate the sound their fans all know and love.

If there is one thing Liars are masters at, it’s creating an emotive atmosphere. However, the “atmosphere of sound” sometimes causes the performance aspect of the show to suffer, especially during some of the new electronic tracks. Sometimes – and just for brief moments – it seems like they may have gotten so caught up in recreating their new sound that they forgot that performance is an equally crucial part of a live set, no matter what your musical medium.

The set came to a close with “Grown Men Don’t Fall In The River, Just Like That” and Andrew graciously thanking the crowd – “Good night, everyone. It’s a pleasure. It’s an honor.” – before the lights dimmed and the band ran off stage.

No good rock show is complete without an encore. The ensuing onslaught of claps, cheers and whistles – apparently hipsters don’t know the “one more song!” chant – brought the band back out on stage for an encore of “Plaster Casts of Everything”, a spectacular explosion of sound that is the epitome of what has given this band staying power for over 10 years.

You can pick up a copy of “WIXIW” on iTunes and for ticketing and other information, you can check out their website.