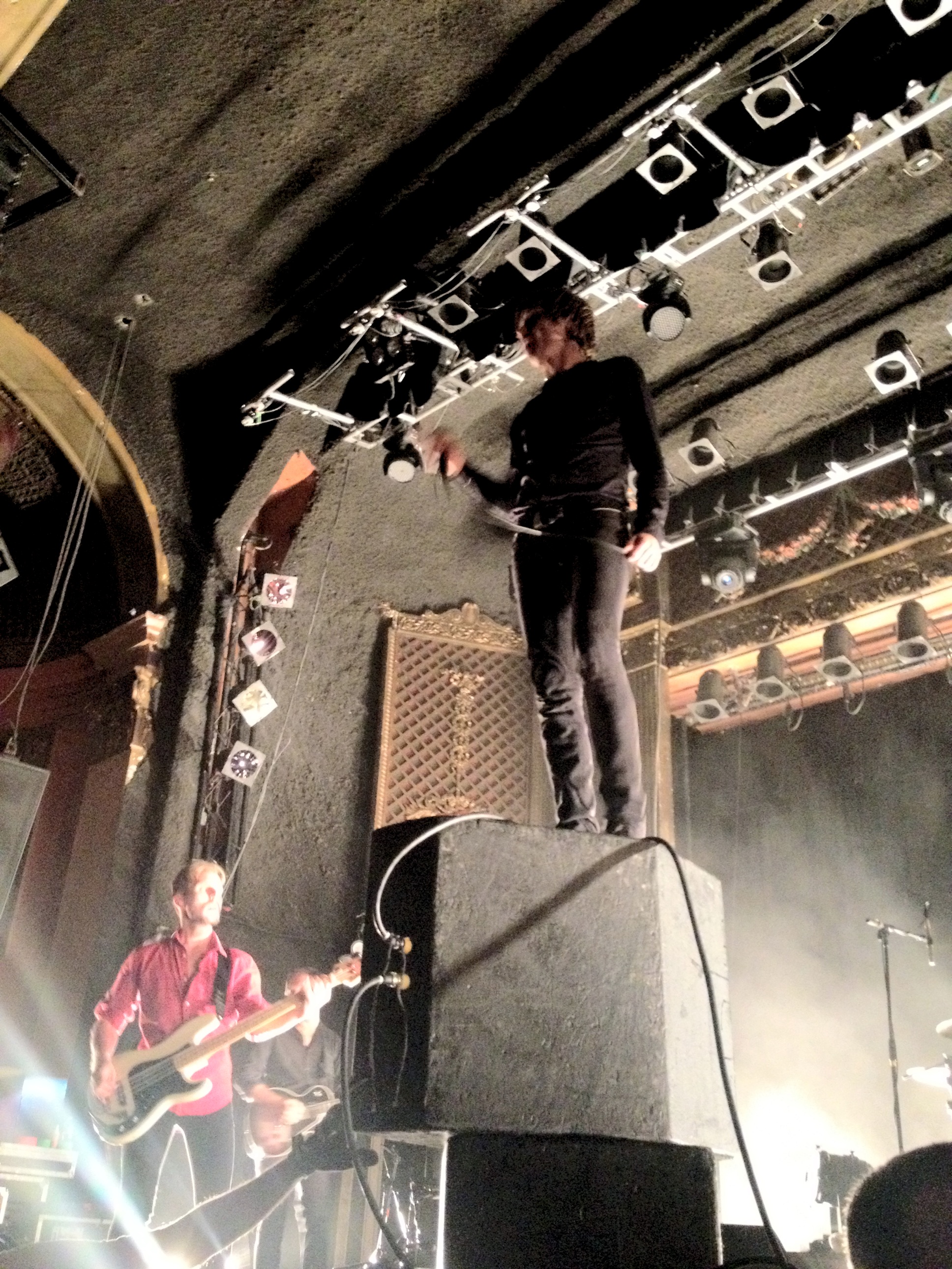 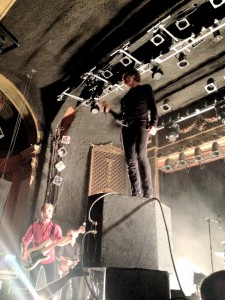 “People ask why we came back – we came back because of you, the fans, because we love you!” confessed Refused frontman Dennis Lyxzen to a packed show in Denver, CO. After a 15 year hiatus, Refused are back in action performing and touring, despite not having any new material to promote. We had the privilege of seeing the band in action at their show at the Ogden Theater and all we can say is, it was nothing short of a rock-n-roll religious experience.

Fans sat in the dark for a good 10 minutes before the lights rose and the band strode onstage. Launching the set with “Liberation Frequency” and “The Refused Party Program”, the energy emitted from the stage was electrifying, riling the fans more and more as the band moved from song to song. “Sorry it took us 20 years to get here but we are finally here Denver. If we had come in the 90’s there would have been like 20 people.” Lyxzen quipped before launching into “Summer Holidays Vs. Punk Routine”.

The drum kit had the words “Free Pussy Riot!!!” scrawled across the front, in tribute to recently incarcerated Russian band Pussy Riot, who had just been sentenced to 2 years in prison for speaking out against the Russian church. “Pussy Riot got sentenced to two years in prison because they spoke out against the church. If I were to be locked up for overtime I said something about the church then I would never get out.” Lyxzen joked before launching into “Rather Be Dead”,  a fan favorite judging by the ensuing shriek from the crowd. The opening riffs charged forward as the band members swirled in a chaotic dance around the stage. The song reached its zenith when Lyxzen wrestled two of the stage monitors into a precarious tower and climbed on top, looming over the crowd as the song rose into an explosion of sound.

Many a Refused fan has dreamed about the day when they could rage to “New Noise” at a live show and the band made that dream come true. The signature opening riffs rang out to an enthusiastic cheer from the crowd. The mosh pit became little more than a pile of flailing bodies as the punk-rock legends screamed and raged just as hard as their fans.

Refused could just as easily disappears back into the history pages of punk-rock just as quickly as they come back out so don’t miss an opportunity to see them live. It’s worth the ticket price, we promise.

Catch the band at these remaining tour dates: