Interpol has released an early recording of “Roland” from the band’s first demo as well as the artwork from the Anniversary Edition of Turn on The Bright Lights. The band confirmed that the album will be released on December 4th in North America and December 3rd everywhere else. Upon commemorating the ten year anniversary of their landmark album, the band has been releasing various videos from their archives as well as new merchandise, such as their album series t-shirts. 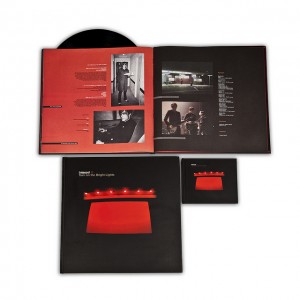 The band has not announced any anniversary shows as of yet. Lead singer, Paul Banks, has recently released his solo album, Banks, and is currently on tour in support of the material.