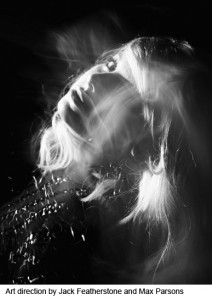 Little Boots has announced spring tour dates along with releasing the track, “Broken Record”, from her forthcoming album, Nocturnes. Little Boots, aka Victoria Hesketh, who recently released the album teaser track “Motorway”, has been DJing around the world over the past few years and collaborating with an elite roll-call of dance music’s most credible class. The experience led Victoria to name the record because it is “an album indebted to the night.” Nocturnes will be released on May 7, 2013.