The Egg + Sophie Barker of Zero 7 To Tour 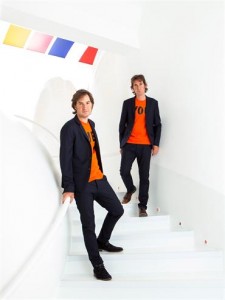 UK based EDM pioneers The Egg have teamed up with Sophie Barker (Zero 7 & Groove Armada) for a US West Coast co-headline Tour. The band is well known in the UK thanks to their massive Electro House anthem ‘Walking Away’ remix by Tocadisco and the even bigger David Guetta bootleg ‘Love Don’t Let Me Go (Walking Away)’ that followed. In fact, it was Barker who laid down the original vocal on their hit ‘Walking Away’. Sophie Barker was one of the vocalists on Zero 7’s Simple Things, featured on the band’s breakaway hit ‘In the Waiting Line’, which she co-wrote. Barker is currently working on her second studio album, to be released later on this year. This next album has been born out of the discovery of a richer, dynamic live sound.

Barker’s second album has taken some time due to demands of her touring schedule, however, the new sounds have been said to have less of the lounge about it and more of a louche down tempo rock, distinctive, slightly left-field melodies with rising electronic beats. “As Seagull helped me enter womanhood, this album is allowing me the freedom to move beyond,” says the singer in regards to her first studio solo album, Seagull, which was released in 2011.

The Egg - Walking Away