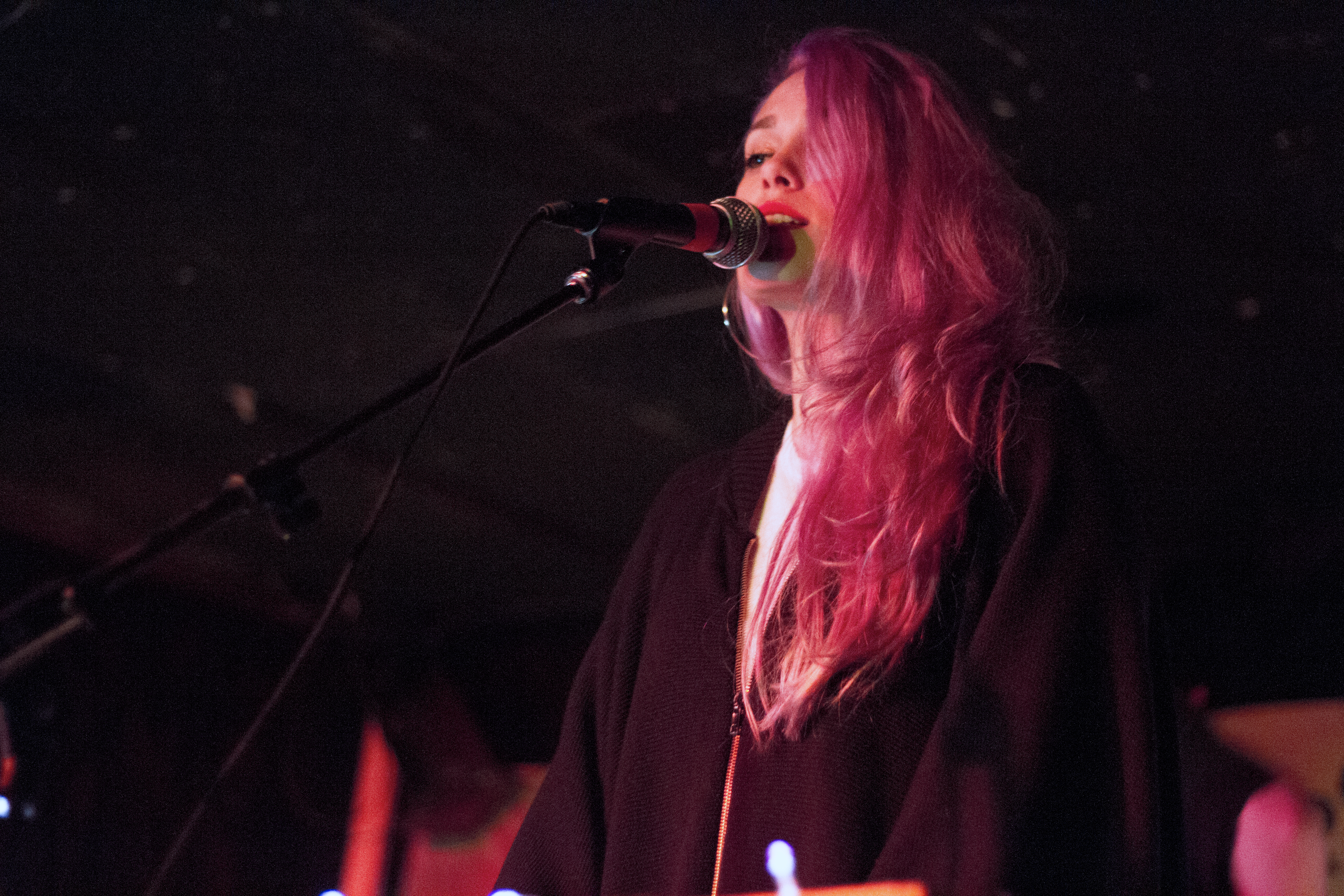 LIVE REVIEW: Family of the Year in Denver CO

There is not much better than a cold beer and a warm venue on a cold Denver night. B-Sides came out to see Los Angeles band, Family of the Year, in Denver, CO after having heard so much about their dynamic live shows and falling madly in love with their single, “Hero.”

Local opener Meagan Burtt is talented in many ways but getting the crowd pumped and excited was not on the agenda – warm venues and cold beer don’t really work for you if all your songs are on the slower side. Fortunately, second act The Maykit (also a local act) woke the crowd up from their mellow state with their ardent indie-rock.

Family of the Year eased into their set with “Buried”, a mild toe-tapper that opened the show with more of a thump than a bang. But FOTY quickly hit their stride with the next two songs, “The Stairs” and “Living on Love”, which induced both dancing from the band and the crowd as it was hard for even the biggest killjoy in the room not to tap their toe. “This song is about drinking with your best friends”, stated lead vocalist Joe Keefe, before launching into “Living On Love”.

Emanating nothing but positive vibes, the band is clearly bent on making sure the crowd has a positive experience during their show. This was achieved successfully from the witty on-stage banter to the magnetic energy exuded by the band members during performance, this may be a band that some people may not “get” until they see them in a live setting.

Before playing another Loma Vista favorite “St Croix”, vocalist/keyboardist Christina Schroeter reached her hands out over the crowd, jokingly instructing the audience, “Everyone close you eyes and embrace your inner stereotype. You’re wearing a Hawaiian shirt and sandals, with a camera around your neck and you’re hitting up the buffet so hard. This song is called ‘St Croix’.”

The band kept the positive vibes going with “In The End”, a song off their previous album, before they took things down a notch for “Hero”. For those of you who haven’t heard this song, it is by far the standout track in the Family of the Year catalog.

Family of the Year are currently finishing their tour of the States before heading off for a brief Canadian tour. Additional tour dates can be found at the band’s website and feel free to grab a copy of Family of the Year’s new album Loma Vista at iTunes or Amazon.