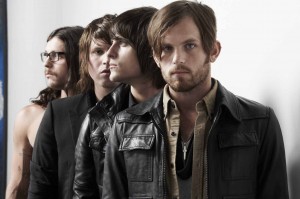 B-Sides was on-site at the inaugural Bottle Rock Festival 2013 and among the highlights was Saturday headliners Kings of Leon performing a new track, “Always The Same” from their forthcoming sixth studio album. Bassist Jared Followill said to NME: “I thought we were going to make a really mature album but I’m amazed how youthful it sounds. It’s like a mix of ‘Youth & Young Manhood’ and ‘Because Of The Times’.” The track was introduced by lead singer, Caleb Followill, stating it was the first time it was being performed live. Check out a clip of the new track:

Kings Of Leon Perform "Always The Same" At Bottle Rock 2013