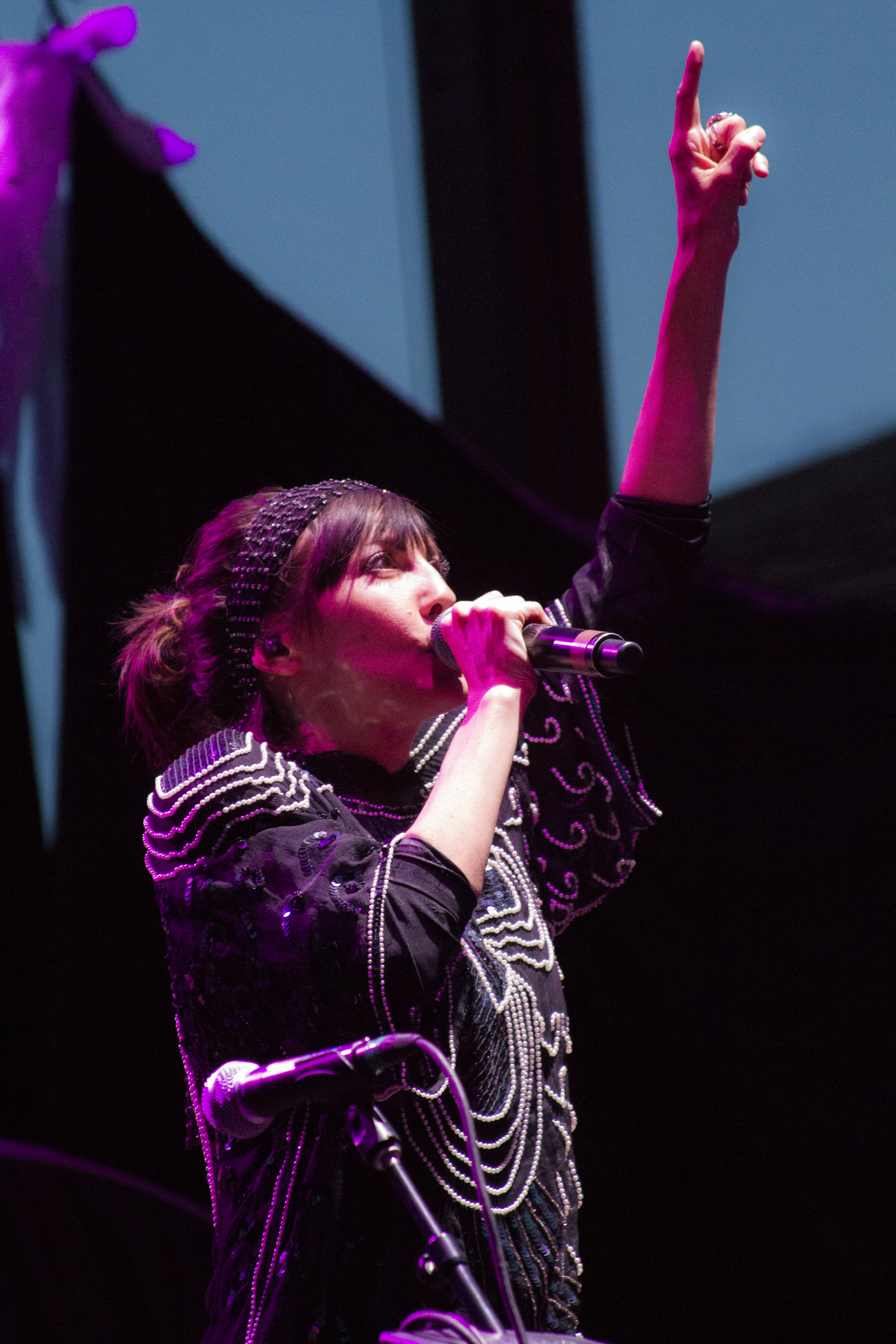 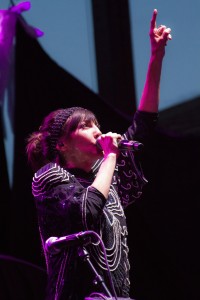 Los Angeles act, Nico Vega, has been bouncing around the music scene for quite a while now but with an opening spot for Imagine Dragons and their new EP “Fury Oh Fury”, they are now taking their energetic live shows to a whole new level.

“This is one of the biggest tours we’ve ever played. Thank you so much for watching us and for listening to us play.” gushed front woman Aja Volkman before launching into a whirlwind set that had a little something for everyone, including dancy-pop tracks (“Gravity”), heart-warming ballads (“Wooden Dolls”) and powerhouse rock songs (“Fury Oh Fury”). The band worked the super-sized stage at Red Rocks Amphitheater like a playground, with Aja jumping over the barriers and clasping hands with the crowd as she skipped along the front row. 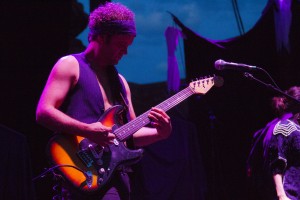 Undoubtedly though, the best part of their set is when the band unleashes their rock-and-roll side with songs like “Fury Oh Fury” and “Beast”. It’s one thing to hear these songs on the EP, but it’s an entirely different experience when you hear it live. On “Fury Oh Fury”, the power and the “fury” are in every note the band plays, from the crashing drums, throbbing bass line and gritty vocals from Aja, the song comes alive in a completely different way. 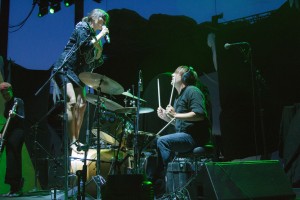 The set was slowed down for a moment as the band played “Wooden Dolls”, a reminiscent song that starts slow and sweet but then rises into a anthemic ballad. But things didn’t slow down for long, as the band started into their last and signature song, “Beast”. From the first pounding of the drums, you almost feel like you are at a rock-n-roll show in the 60’s or 70’s. Aja perched on top of the gold pyramid (of which they had removed the top) and belted out the final few notes of the song to the roar of the crowd.

“Fury Oh Fury” is now available on iTunes as well as for streaming on Spotify. You can catch Nico Vega on these remaining tour dates with Imagine Dragons and keep an eye out for more information on tour dates and album news on the band’s website and Facebook page. Also, check out an interview we did with the band here on B-Sides right before the show.