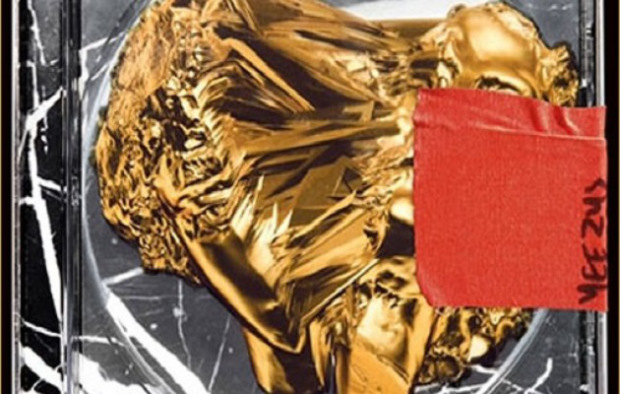 As many of us have heard the hype, Kanye West is dropping his sixth full length album this Tuesday called Yeezus. However according to the Los Angeles Times, the album was leaked four days before its release online through various illegal file sharing websites. The album has many different artists featured on multiple tracks, such as Frank Ocean, King L, Kid Cudi, and Chief Keef. Music critics are rating the rapper’s new album with great reviews.

Yet one would have to be mad to think that this album is worth three out of four stars. Yes the album does have a different approach musically, by having a mix of electro synthesized beats and heavy bass playing throughout its entirety, yet it is to the point where the songs just sound like one big noise induced mess.  West’s rapping does not sync up with the music on certain tracks like the song “Bound,” where one is easily distracted by the Motown track playing in the background of the song, almost overpowering West altogether. And perhaps West  really thinks he is a versatile rapper who can go from mainstream to indie; that might explain why he had French indie band Daft Punk produce 4 of the 10 tracks and reached out to legendary music producer Rick Rubin to produce the album. And although West is trying to sound more politically insightful with song titles like “New Slaves” and “Black Skinhead,” the majority of the lyrics are just the standard rap themes like misogyny, profanities, and self image.

We especially hear this in the tracks like “I Am A God” and “I’m In It.” With lyrics like “I am a God, hurry up with my damn massage…And a French a** restaurant, hurry up with my damn croissants.” A track that oozes the rapper’s conceited personality and provides the listener with the feeling of  great annoyance. In the song “I’m In It” we hear lyrics that are angrily geared against women. Lyrics like “Your p****’s too good, I need to crash
your t****s, let ’em out, free at last…Chasin’ love, lot of bittersweet hours lost eatin’ Asian p****, all I need was sweet and sour sauce,” are very offensive to the female listener. The only song on the album that has a little bit of depth to it is “Blood On The Leaves.” The song is about someone from his past that he trusted and felt betrayed by when he rose to fame.  The attempt to shock everyone with lyrics like these does not give West the indie cred he is trying to obtain, instead it just enhances the public’s view of his usual selfish trademark. Overall the album is a down grade compared to his past albums like 808s and Heartbreak and College Dropout, which actually had songs with meaning. Yeezus will be available on June 18th, 2013.