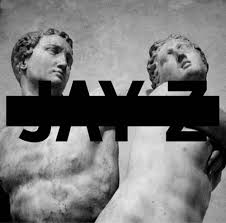 So much anticipation has been stowed upon the release of Jay-Z’s 12th studio album called Magna Carta Holy Grail. The album is set to be released this coming Tuesday yet thanks to illegal file sharing it has already leaked online to the public. As many already know Jay-Z had paired up with Samsung in order to promote the album release and had even set up an app in which fans who owned Galaxy and Note phones could download the app, and could stream the new album at the stroke of midnight on the end of Independence Day. Unfortunately the app crashed due to the 20 million downloads it had within the first hour of access, therefore fans have to wait until Tuesday for the official album release (or listen online for now)!

Major media outlets have already provided the rapper’s new music with reviews classifying it at an average rating. For instance the New York Times labeled it as having its “ups and downs.” And yes in a way the album sounds like Jay-Z’s usual style, but in the sense that the rapper is maturing in his musical style and songwriting. This meaning that although he still raps about fame and fortune like most rap artists, this album explores more of his personal life with the media, family, and his life before and during fame. On Magna Carta Holy Grail, Jay-Z has a wide range of collaborations with other musicians such as Justin Timberlake, Rick Ross, Travis Scott, Frank Ocean, and wife Beyonce to name a few. The album was produced by Timbaland, J-Roc, Adrian Younge, The Dream, and Mike Dean. On this album Jay-Z raps about various issues going on in his life, such as his love/hate relationship with the media, heard in the song “Holy Grail;” his fear of failing as a father to his daughter Blue Ivy heard in the song “Jay-Z Blue”, his wife Beyonce, who sing with him in the track “Part II,” haters of his music, rumors of him in the Illuminati heard in “Heaven,” surviving the streets and where he came from, and yes his ego included, which we hear throughout the whole album.

Jay-Z’s new album has also been compared to Kanye West’s recent album Yeezus, since both have been released around the same time. Out of the two, Magna Carta Holy Grail triumphs over Yeezus without a doubt! Everything from the smooth beats, classy piano, and harmonic voice (i.e. Justin Timberlake) blend easily with Jay-Z’s rapping. And although Jay-Z’s and West’s albums both have their share of egotism, Jay-Z’s egotism comes off as being more relatable to the listener, in the sense of him being proud of what he has accomplished in his career as a rapper. In a commercial trailer for Samsung and the album Jay-Z states, “pretty much this album is about duality of how do you navigate your way through this whole thing, you know through success, through failures, through all of this and remain yourself.” Fans can relate to the rapper’s sincerity of growing up on the streets and not letting the world of fame let him forget where he came from. Magna Carta Holy Grail will be available for purchase on July 9th, 2013.

Check out one of the trailers for Jay-Z’s new album Magna Carta Holy Grail  here!