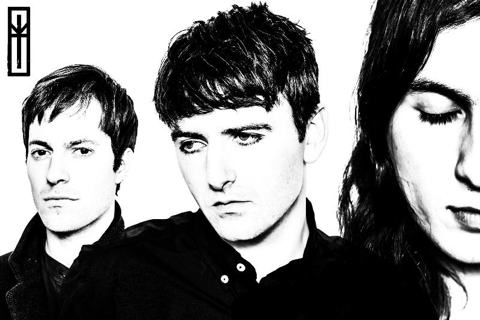 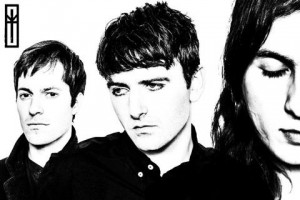 Fellow San Franciscan band Weekend, formed together in 2009. The band consists of Shaun Durkan (vocals, bass), Kevin Johnson (guitar), and Abe Pedroza (drums). During 2009 they recorded two EPs and in 2010 they released their debut album Sports under Slumberland Records. The band is now releasing their latest album Jinx on July 23rd, 2013. Jinx represents the band’s lo-fi and shoe gazing atmosphere. The whole album has an airy echo feel with its vocals, there is also constant guitar strumming and intense drumming throughout the album’s entirety. The album provides the listener with a dark and eerie feel yet this feel is mixed with a techno vibe. For example this is heard in the song, “Mirror.” With lyrics like, “I feel so sick, sick, sick in my heart.” Although the song simulates some type of heart ache, the song comes off as being more repetitive than having more emotional meaning behind it.  The album and Weekend themselves, remind us of the famous works from eighties’ bands such as, The Cure, The Smiths, and Joy Division. Jinx is a revival album from that time area, yet it is created in today’s day and age, similar artists who follow this revival style are Cold Cave and Bishop Morocco. A big influence of this is heard in the song “It’s Alright,” with it’s background guitar and percussion sounding very similar in style of The Smiths and Bishop Morocco combined into one! This song however, focuses more on a woman that the singer admires and feels takes away his usual sadness, or sadness a past loved one had brought him. We hear this in lyrics like, “Amen, I’m blinded she helps me forget. Amen, I’m blinded hold me upright.” If you are someone who enjoys these eighties classics or likes a wandering sense of emo music, then Jinx is for you.