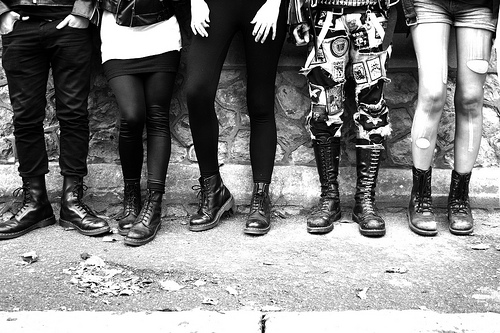 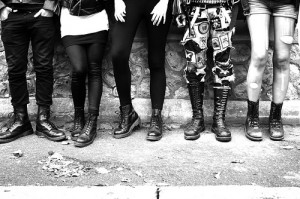 It is said to have been a music genre that developed in the mid 1970s in the United Kingdom, United States, and Australia. Yet some would say the Punk Rock genre had its first appearance in the 1960s with such artists like Iggy Pop and Patti Smith. It was created in rebellion to the mainstream music scene; and since then punk rock music has been changing, in fact there are so many subgenres in the genre itself like Skate Punk, Psychobilly, and Garage Punk to name just a few. When punk rock originated, its main focus was short aggressive songs with political anti-establishment meanings. In the 70s “punk” was a term that some American critics used to describe garage rock bands. These bands included the Ramones, the Sex Pistols, and The Clash who were depicted as the leaders in the original punk scene movement. As punk music moved forward from the 1970s and into the 1980s, the sound progressed into an even more aggressive style with the formation of Oi! and Hardcore punk. These forms of street punk brought together people who classified themselves as skinheads, punks, and working class young people. Musicians and bands that were influenced by the emerging punk movement opened the pathway to the popularity and rise of Alternative and Post-punk rock music. These types of punk related music formed in the 1980s into the 1990s through the underground independent label music scene. In the late 1980s, alternative rock was spread through the power of zines, college radio, and word of mouth. Bands that had achieved airplay in the alternative rock genre around this time were R.E.M. and Hüsker Dü. Since the 2000s, punk rock has evolved again into another subgenre called Pop Punk. In pop punk, the two genres (pop and punk) are merged together usually in the form of pop melodies combined with fast punk tempos. Bands that have or continue to follow this style of punk are Green Day, Blink-182, Emily’s Army, and The Offspring. The style of punk is not the only thing that has changed for this genre throughout the years; the underground concept has changed as well, punk bands today are now more susceptible to gaining mainstream popularity, especially if the band’s music fits into the pop punk subgenre. Punk rock music will never die out, it will just keep adapting to new subgenres and styles as time goes on.