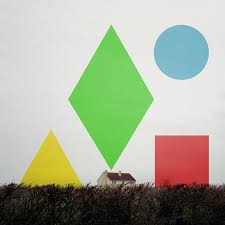 English house band Clean Bandit, came together in 2009. Clean Bandit consists of Jack Patterson (bass, sax, deck), Luke Patterson (drums), Grace Chatto (strings), and Milan Neil Amin-Smith (strings). In December of 2012 they released their single “A+E” which reached number 100 on the UK Singles Chart. In February of that year they also released a music video online for their song “UK Shanty” that featured supermodel Lily Cole. In March of 2013, the band released their hit single “Mozart’s House” and the song reached number 17 on the UK Singles Chart, which made the song their first Top 20 single in the United Kingdom. The song has a very robotic electro vibe to it with a sarcastic explanation of how electronic house music is made and what kind of music it is. The band also recently released their EP Dust Clears on iTunes UK July of 2013. The EP has remixes from Russ Chimes, Thom of Alt-J, and Jack Savidge of Friendly Fires. Fans of Zinc and Tommy Reilly would really enjoy Clean Bandit.

Check out the music video for “Mozart’s House” here!