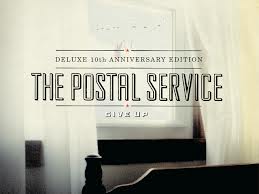 I’m one of those people that has major music moments and I remember hearing “Give Up” for the first time on a bus ride to Aptos when I was 14-years-old. Experiencing The Postal Service live at The Greek Theater gave me the same feeling I had 10 years ago.

The Greek was completely dark but buzzing with a summer energy when the lights flashed on and they kicked off the show with “Brand New Colony.” And if you know that album like the back of your hand, as most fans of theirs do, everyone was singing every word to “The District Sleeps Alone Tonight”, “A Tattered Line of String”, “We Will Become Silhouettes” and “Be Still My Heart.”

Ben Gibbard set a trance among the crowd and gave brief anecdotes before most songs; dedicating “This Place is a Prison” to Seattle and “Nothing Better” to everyone who has ever had their heart broken. Everyone’s high school hearts shouted in agreement.

Getting to see Jenny Lewis live is an experience in itself as well. She was a rockstar in her black sequin dress, and has a very dynamic rhythm with Ben on stage–especially during “Nothing Better.” She was very overwhelmed by all of the love during that second show at The Greek. Jen Wood joined the band for this tour and Jimmy Tamborello of Dntel and Headshet, of course.

“Such Great Heights” was the perfect way to end the show. It’s a nostalgic experience getting to sing along live to something you used to admire from your car stereo.