ON RADAR: Parade of Lights 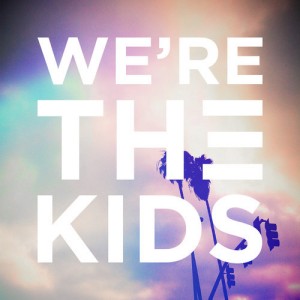 Electro Los Angeles duo known as Parade of Lights, consists of Ryan Daly and Anthony Improgo. Their sound is considered a mixture of rock, new wave, and shoegaze, which is inspired by 80s pop stars and bands such as Madonna, U2, and Depeche Mode. The two came together in 2006, and created the band Polus and released the debut EP Wish, which became popular in the local LA music scene. However, Polus was set on the back burner because their was a demand for Daly and Improgo to start touring. Although they both had their own music projects going on, the two managed to stay in contact with each other and send song ideas through email up until 2010. It was then when the two reunited as the band Parade of Lights. In 2011, they were releasing new music and opening for acts such as Imagine Dragons, Rooney, and Marcy Playground. In 2012 they released their debut EP Born To Live, Born To Love, with their hit single “We’re the Kids.” The song definitely combines the styles of rock, new wave, and shoegaze, with the constant crashing of symbols, a repetitive synthesized beat, and the echo infused vocals that play throughout the song’s entirety. It is a song that makes one reminisce on good times when they were a teenager or possibly someone’s college days. Fans of MGMT and Hey Ocean! will enjoy Parade of Lights.

Check out the single “We’re the Kids” here!