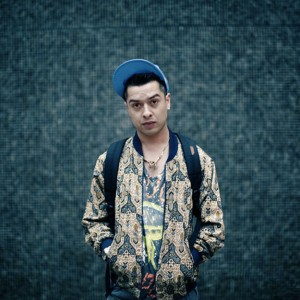 Jonathan “ITCH” Fox made his mark on the English music scene in the mid 2000s when he was the frontman for the London punk band known as King Blues. The band recently split and now ITCH, has just released his own solo EP How to F***ing Rule at Life on Red Bull Records. The alternative hip hop rapper wants listeners to know that he is not any kind of gimmick, in which he only raps about specific issues. To him rapping about all different sorts of issues and the philosophies behind those issues are what makes him a sincere artist. ITCH is currently touring in the United States and United Kingdom and his music is available for streaming on iTunes and Spotify.

How long have you been rapping, how did you get your start?

I’ve been rapping for about 7 years.  I started off doing spoken word slam poetry pieces, which  naturally evolved into rhythm and rapping.

Who are your biggest musical influences?

I see myself as coming from a rich history of rebel street music from The Clash through Bob Marley, from Public Enemy right back to Woody Guthrie.  I am influenced by artists from very different genres who sing of timeless themes such as peace, rebellion, humanity, and love.  Genre isn’t as important to me as the philosophies behind the lyrics.

According to information online, you rap about your displeasure with society, is this true? What exactly inspires your rapping?

Yes and no. I like to paint a full picture of my being and to me, being human means being a walking paradox.  I don’t want to make myself a gimmick and box myself in by just being a “political rapper.” One day, I might sing about that.  The next, I might sing about something entirely contradictory, which to me is being real.

You recently released your debut EP with Red Bull Records, how does it feel to have your music officially released?

I’ve been in the game a long time now.  I did four full length albums with my last crew and have released various E.P.’s, etc.  This is actually my fourth record deal now.  So, it’s not so much a novelty, but being with Red Bull is really exciting as they really get what I’m doing, which makes things much easier.  In short, I’m crazy excited as I believe this is the best snapshot of where I’m at right now.

Do you have any touring plans to follow-up with the EP release? If so where?

I’ve just finished the Vans Warped Tour, which was truly a trip.  I have the Reading & Leeds Festivals in the U.K. next, then, I’ll be coming back to the U.S. for some more dates before returning to do Warped Tour U.K.