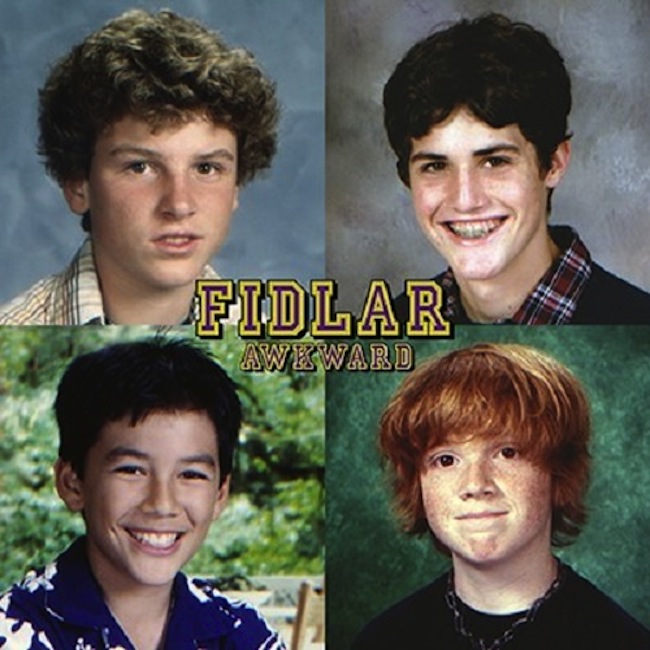 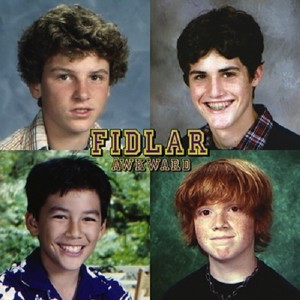 Garage/Skate rock band FIDLAR came together in 2009. FIDLAR consists of Zac Carper (vocals, guitar), Brandon Schwartzel (bass), Elvis Kuehn (vocals, guitar), and Max Kuehn (drums). Their band name stands for F*** It Dog, Life’s A Risk, provided by former roommates of Carper. The Los Angeles band is currently under three record labels including Mom + Pop Music in the United States, Wichita Recordings in the United Kingdom, and Dine Alone Records in Canada. FIDLAR has produced a total of four EPs, including: DIYDUI (2011), S*** We Recorded In Our Bedroom (2012), No Waves/No Ass 7″ (2012), and Don’t Try (2012). In 2012 the band was considered one of Stereogum’s ’40 Best Bands of 2012,’ and in 2o13 they were nominated for ‘Best Web-Born Artist’ for the O Music Awards and ‘Best Live Act’ by the Association of Independent Music Awards (AIM). Their new single “Awkward” is the perfect teen angst song with its association to the awkward high school phase of trying to fit in with one’s peer group as well as having the stereotype of low self esteem and negative/rebellious attitude towards absolutely everything! The song could be easily put on a teen movie soundtrack such as Not Another Teen Movie or Can’t Hardly Wait. Fans of Green Day, Wavves, and Wolf Parade should definitely take a listen to FIDLAR. “Awkward” will be available for download on September 8th, 2013 on Wichita Recordings.

Check out the Soundcloud track for “Awkward” here!