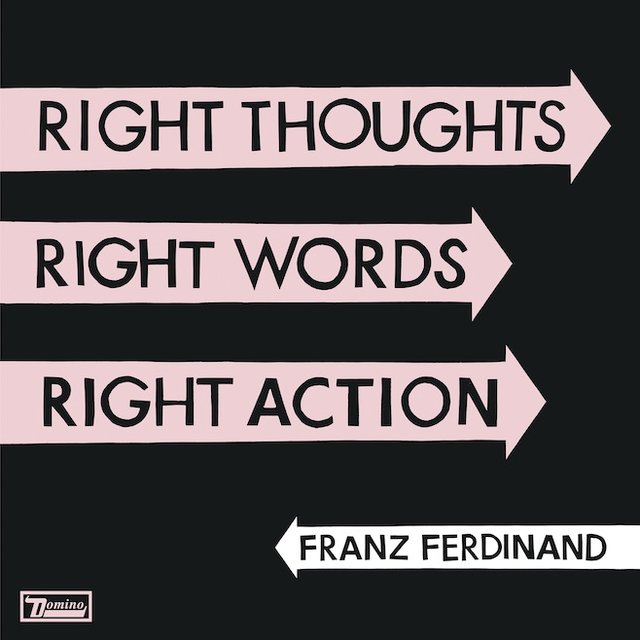 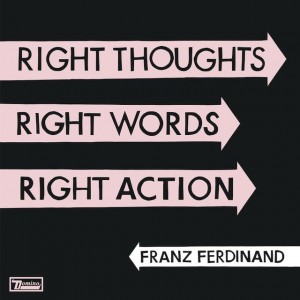 Franz Ferdinand are back again with their new 2013 album Right Thoughts, Right Words, Right Action, which officially released yesterday! The album has the similar Franz Ferdinand rock n’ roll feel but this time with less heavy guitar riffs and a newly added twist of synthesizer, heard especially in the song “Love Illumination.” In fact the album’s overall sound has a lighter and almost pop like approach added to its usual indie hard rock element. The album provides listeners with a more mature and evolved Franz Ferdinand, in the sense that the Scottish band sings about all different types of life issues. For instance the song “Evil Eye” is a song about being brutally honest and disapproving of the way some people act. It gives the feeling that singer Alex Kapranos believes people give him the evil eye because of his blunt obervations. With lyrics like, “Some people put an evil eye on me, well I have the evil eye, well I see your soul, you wear it on your face and its worn and what you’re doing?” The album also talks about women and love heard in tracks “Bullet,” “Love Illumination” and,”The Universe Expanded;” it speaks about the way the Kapranos thinks of himself as an animal at times with the song “Treason! Animals,” and it that has that usual Franz Ferdinand/Kapranos bold and slightly eerie attitude heard in tracks “Fresh Strawberries,” “Right Action,” and “Goodbye Lovers & Friends.” Overall the album a great continuation of the band’s musical style except with a new touch of mixing hard rock and synthesizer together! The guitar riffs are done amazingly, especially when combined with Kapranos’ haunting and dark vocals. Fans of The Hives, Interpol, and The Strokes should check out Right Thoughts, Right Words, Right Action!

Check out the music video for the new single “Right Action” here!