Musicians are some of the boldest cats out there when it comes to fashion. They have the resources, the crowd and the confidence to take risks and truly flaunt their personal style. Since it’s their job to be creative, some shocking choices usually come with the territory, but every once in a while we get an icon who show us what it’s like to be truly memorable. There are countless women who deserve to be named, but here are just a few who have made lasting impressions for their own special reasons.

Madonna. She is known almost as much for her style as she is for her music, and that is saying a LOT. Her reputation as a fashion icon stems from these four aspects: 1)We really never know what she’s going to do next…and she manages to stay true to herself. 2) Her style statements are pretty controversial. Religion, sex, and identity have all taken center stage. 3) She’s been around for a long time (her first single came out in 1982) which means that Madonna has earned her stripes as a style stunner. 4) The cone bra. 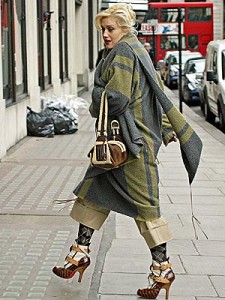 Gwen Stafani. Though her call sign is the dramatic red lip, it takes a bold fashionista to pair that 24/7 pout with threads that are equally as bold. She is known for pigtails, crop tops and plaid as well as gorgeous dresses and classic silhouettes. How do you put those things together and come out on top? Be Gwen Stefani. I love her for the fact that she mixes prints all the time (it’s the best idea to ever hit fashion, in my opinion) so she rarely looks too match-y or like she has a singular vibe. She has proven time and time again that versatility and creativity don’t have to come in the form of a telephone on your head in order to be impactful. 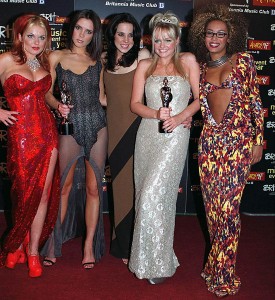 The Spice Girls. They should really collect royalties from anyone who sold platform shoes in the 90s. And I would even credit them for the revival that the shoe is having right now because you simply can’t see a platform and not think of Baby Spice. There is something to be said for representing a decade so wholly and flawlessly. The Spice Girls made their mark by piling on the sequins, projecting a happy-go-lucky image and going with the times. They embraced micro-mini dresses and even made them look comfortable (never the case). Because of the slight variation in the group, it was like there was something for every side of you, from Union Jack punk to track suit practicality. 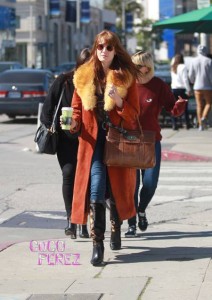 Florence Welch. Her style is modern and retro, granny and riske, girlie and slightly androgynous. She always looks like Florence but manages to keep me interested. I have a lot of respect for the other ladies on this list, but I would actually eat dirt in order to raid this red head’s closet. Desperation aside, her individuality is not assaulting, her wardrobe adds to her ethereal lyrics, and when the day came that she wore a pantsuit well, her reputation was cemented. 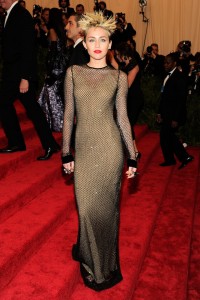 Miley Cyrus. When it comes to Destiny Hope, you really do have to give her some credit. If her life isn’t just a constant party, she sure does dress like it. The reason she makes this list is that she is actually having fun with her style. The quickest way to ruin a look, no matter how gorgeous or unique, is to take yourself too seriously in it. She has been emulated throughout every step of her career by thousands of teens, from Hannah Montana extensions to the current bouffant/shaved/ pixie-thing. Love her or hate her, she’s making sure that you’re looking when she walks around in those thigh-highs and short-shorts.