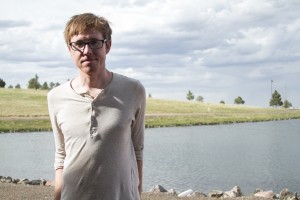 Lydia released their new album Devil back in March and have been going nonstop ever since. With a big tour with Anberlin, The Maine and From Indian Lakes coming up soon, we caught up with frontman Leighton Antelman at Riot Fest Denver to talk about Devil, their big tour plans and the meaning behind their awesome album artwork.

In addition to the tour with The Maine and Anberlin this fall, you guys have included some headlining off-dates along the tour, what can fans expect from the live performances?

These venues will be a little bit bigger and we have a little bit shorter set, but we aren’t trying to pack in as many songs as possible but we do want to play as many as we can.

Lydia has toured with The Maine before, are you excited to get back out on the road with them?

Yea, they are good friends of ours. We grew up in the same town and we’ve known each other since high school.

Devil has been well received by fans and critics alike, was there any apprehension before releasing the new album because the new material was a lot different than your previous work?

Yes, this was the first record we had a different producer than we did with the past few records so this was definitely a different direction. Whenever you’re writing a record, or I’m writing a record, I never know how people are going to take it. I think that’s how it is for any artist. You spend months and months and months writing it and then here comes the release date. Everyone gets it all at once and some people hate it and some people love it. Not that they don’t realize how much time goes into it, which should be a factor, but I just never know how people are going to feel about a record, so I was just impressed with how well it was received. Myself and the rest of the guys were stoked on how well people took to the record.

The album cover for Devil is really interesting. What was the concept behind the photo?

The concept behind that was we had always done very artistic paintings and since we went in a different direction with the music, we wanted to go in a different direction with the album artwork as well. Everyone expected Lydia to put out a painting or something for the artwork, so we wanted to turn heads and not do something that most people would expect. Me and our manager came up with this idea to just do the weird, creepy girls next to a wall. But mostly we just wanted to do something different to mix it up.

One act you are really excited to see play at Riot Fest?

Devil is now available for purchase via the band’s webpage. The deluxe edition of Devil will be released on October 15th. Catch Lydia at these dates this fall with Anberlin, The Maine and From Indian Lakes: