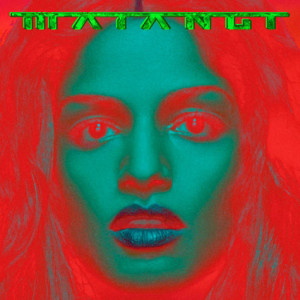 When first listening to Matangi your ears are instantly hit with a wave of loud synthesizers, electronic beats, and Indian music instrumentation, all combined into one sound. This is M.I.A’s fourth studio album that was released this past Friday November 1st, 2013. The album takes electronic dance music to a new level, to the point of almost too much sound experimentation. It is so loud with all the different sounds and different musical styles, that it is hard to focus on the English rapper’s lyrics. The combination of sounds and M.I.A.’s prominant vocals are a creative entity all on their own, her sound is original and has not been heard before. In Matangi, M.I.A. combines the musical styles of reggae, Indian music, rap, electronic dance pop in each of her songs.

She sings about various issues on the album such as girl power as a female rapper, her attitude toward haters, and where she comes from. Best songs include “Bad Girls,” “Double Bubble Trouble,” and “Bring the Noize” all which express who M.I.A. is as a rapper, with lyrics like “I’m so tangy, people call me Mathangi, Goddess of word, b*tches I’mma keep it banging, truth is like a rotten tooth, you gotta spit it out! Let the bottom two, let my wisdom work it out, big on the underground, can’t knock me down.” The rapper prides herself on having a unique sound that is different from the general sound of rap and electronic dance music. Matangi is currently available for streaming on iTunes and Spotify.