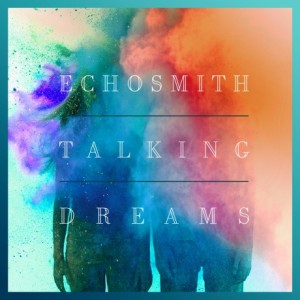 Originally from Southern California and formed in 2009, is the indie pop band known as Echosmith. The band consists of four siblings by the names of Graham, Sydney, Noah, and Jamie Sierota. In 2012 the band was signed to major record label Warner Brothers Records and their first hit “Tonight We’re Making History” was featured in an NBC promo for the 2012 Summer Olympics. Echosmith grew up in a house full of music and were inspired by artists such like Coldplay, The Smiths, and Joy Division among countless others. This past April they were labeled as one of the ‘100 Bands You Need To Know’ by Alternative Press Magazine and they have recently released their debut albumTalking Dreams this past October; which features their new single “Cool Kids.” The single is very poppy and upbeat, and is self-explanatory by it’s name. It is a song about teen angst and wishing to fit in with one’s peer group, with lyrics “nothing in this world could ever bring them down, yeah they’re invincible, and she’s just in the background.” Fans of Lorde, Paramore, and Ellie Goulding should check out Echosmith. Talking Dreams is currently available for streaming on iTunes and Spotify.

Check out the official music video for “Cool Kids” here!