What is up with Alexa Chung?

She’s got a new book out called “It”, a Mulberry bag named after her, official awards for her style, collaborations with retailers, a makeup line, and is a co-anchor for Fuse News. But is Alexa Chung really our new It Girl? Is she our modern pinnacle of cool and the new subject of international emulation? If she is, I suppose you can count me out of the cool crowd.

In interviews, Chung comes across as humble, self-effacing and, frankly, quite genuine. There’s 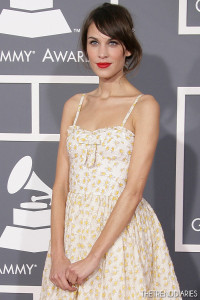 no denying her attractiveness or perfect center-part bangs, but the It Girl crown just doesn’t look as good on her as it did on her predecessors. In the 1920s, Clara Bow wore it as an outsider, in the 50s, Marilyn Monroe wore it as an alluring and classic mystery, in the 60s Penelope Tree wore it while paving the way for unconventional beauty, and in the 90s Chloe Sevigny wore it while managing to achieve stylish nonchalance. These girls didn’t just represent the aesthetic symptoms of being cool, such as wearing expensive clothes or attending exclusive events, though they did those things as well, they were the It Girls because they had a way of operating in the world of fashion and celebrity without blending into the blur of the industry’s many beautiful puppets. With her peter pan collars, overalls and now her Instagram post of a book, I find Chung to be another blank canvas for prejudiced millionaires (I’m looking at you Karl Lagerfeld) and selfish lifestyles, however charming she may be. 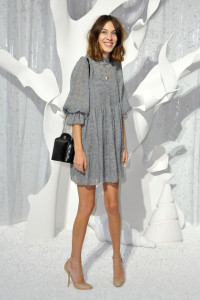 Before the publication of “It”, my disappointment was directed solely towards the environment in which Chung has carved out her nascent industry. Since she herself has eschewed absurd weight and self-image standards, admitted to feeling cookie-cutter, and revealed fears about her reputation, I was willing to stand in support of her as simply trying to navigate a harsh and vapid world, but after reading “It”, I have lost hope that she will live up to her unique title. This coronation of Chung as the new thing to be has yet again exposed the idolization of style over substance. She is not held in admiration because of any individuality that I can see, or heaven forbid, for her intelligence or creativity, and unfortunately Chung has given the green light for that assessment with her book. Hair advice, Lolita as an idol for her young fans, naked photos of faceless women? Alright Chung, you made your bed.

What I consider to be a ridiculous book aside, she really can hang with the best of them with her success and her loveable personality, but I’ll wait for a bandwagon that’s truly captivating before I jump on.