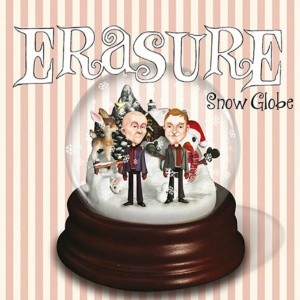 British synth pop duo Erasure have just released their 15th studio album Snow Globe this month. It is a Holiday album that includes classic Christmas covers such as “Silent Night” and “White Christmas” as well as the pop group’s own original songs such as “Bells of Love (Isabelle’s of Love)” and “Blood on the Snow.” Erasure began their musical career back in 1985 and when listening to Snow Globe, the album’s sound resembles that of 1980s new wave pop. The mix of this classic 1980s electronica combined with traditional style of Christmas music, sounds too random and does not work well together. Overall the album is slow and not very engaging. But it does however, have a unique vocal structure that is similar to what is heard in plays and theater. The album is also different in the sense of how the duo added a dark almost Tim Burton feel to their sound for their holiday music stating, “For a lot of people, Christmas is not a happy time.” Snow Globe is currently available for streaming on iTunes and Spotify.