ON RADAR: The Ceremonies 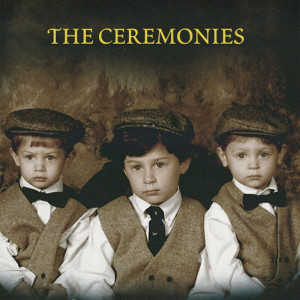 Matthew, Mark, and Michael Cook started The Ceremonies back in 2010 but did not release their music to the world until 2012. Inspired by their favorite writers, poets, and philosophies, the Cook brothers chose the band name The Ceremonies. Musical inspirations for the band include The Smiths, The Cure, Echo &The Bunnymen, and among countless others. As well as song writing inspiration coming from writers such as Aldous Huxley and William Blake. They released their self-titled EP this past October and their official music video for their featured track “Land of Gathering.” The song starts off as an upbeat and whimsical tune that combines new wave synthesizer. It is sung in a melodic chorus style and is about a fairytale story. We hear this with lyrics like, “So, you’ll meet me there behind those castle walls, just like before, we walked right through, those empty halls, it made me think about, the land of gathering, and what would happen if, we ever saw the king.” Fans of Fun and The Lumineers should take a listen to The Ceremonies! The Ceremonies are available for streaming on Spotify and iTunes.

Check out the official music video to “Land of Gathering” here!