ON RADAR: Twenty One Pilots 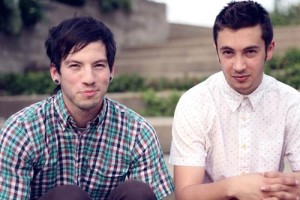 Tyler Joseph and Josh Dun are the duo that make up this lovely band called Twenty One Pilots. Over the past couple of years they have gained a nice reputation for having energetic live shows and being genuine good guys with great talent while touring across the US. Now signed with Fueled By Ramen, they have since released both an EP and a full length album with the record, turning heads and gaining new fans left and right.

Tyler and Josh met in college in Columbus Ohio, and both have the belief that we are all responsible for our own happiness. Clearly, these guys are practicing what they are preaching as they tour the country and live their dream. But they really look for meaning in what they do, which could the be the key to being successful in this business. From songs to even just the name of the band, these guys have found inspiration in everything, which can be heard in their current hit song “House of Gold”. A whimsical song about a mother asking her son to take care of her when his father dies. Going Twenty One Pilots style, these guys promise her more than just the bare taken care of and I can see these guys being able to buy their moms more than just a house of gold in the not so distant future.

Be sure to check out their current hit, “House of Gold” below.