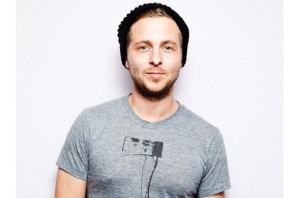 Originally from Tulsa, Oklahoma is singer/songwriter, multi-instrumentalist, and record producer Ryan Tedder of the band OneRepublic. Although Tedder has gained most  of his recognition as the lead singer of the pop rock band, he has also produced for various big name artists and bands such as Adele, Maroon 5, and Ellie Goulding. But how did Tedder get his start in the music industry?

Tedder was raised by a family of missionaries and pastors in the Christian religion. He started learning how to play the piano at age three by the encouragement of his parents. By age seven young Tedder began singing and worked on his vocal skills by imitating his favorite artists and bands such The Beatles and Peter Gabriel. He performed through school and the church. In college he obtained an internship at DreamWorks SKG in Nashville, Tennessee, in which he began creating his own demos. While interning he produced demos for for artists and labels and was originally offered a publishing deal by the company, but declined due to his goal of becoming an artist. At the age of 21 Tedder entered a singer/songwriter competiton in which he was selected by N’SYNC member Lance Bass as a top 5 pick to perform on MTV. Tedder won the competition with his song “The Look” which received the most votes by fans and judges. Tedder won the prize of having a contract with Bass’ management company Free Lance Entertainment. Yet an album and contract with the label did not occur. However, after winning the competition he gained the attention of hip hop producer Timbaland. Since 2002, Tedder’s music has combined many genres including hip hop, R&B, pop, rock, and dance/techno. In 2007 he signed with Kobalt Music Publishing. His single “Apologize” became an international hit and was the number one song for 5 months straight on the US Top 40 Radio Airplay. In 2009 he launched his own record company called Patriot Records. Tedder has released a total of three albums with his band OneRepublic, Dreaming Out Loud (2007), Waking Up (2009), and their most recent album Native (2013). Native reached number 4 on the Billboard 200 upon its release in March 2013. Currently Tedder is wrapping up the band’s Native tour and has been mentoring for the Australian and US versions of the reality TV show The Voice.

Check out the official music video for OneRepublic’s “If I Lose Myself” here!