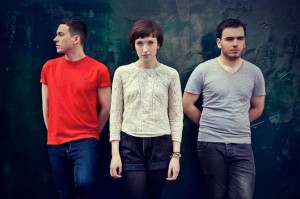 Originally a solo singer/songwriter was London musician Elena Tonra, who formed her band Daughter back in 2010. The quiet and melodic folk band consists of Tonra, Igor Haefeli (guitarist), and Remi Aguilella (drummer). The three came together at the Institute of Contemporary Music Performance. Daughter self-released their debut EP His Young Heart in April of 2011, and in October of that same year they released their second EP The Wild Youth to an artist based record label known as Communion Records. The band gained attention when asked by DJ Huw Stephens of BBC Radio 1 to perform on his radio show. In 2012 Daughter was excited to announce they had signed to British record label 4AD. They released their first official single “Smother” with the label, and the track reached BBC Radio 1’s playlist as well as 6Music. Last March, the band released their debut album If You Leave in the United Kingdom and in May of 2013 in the United States. Upon its release the album charted at number 16 on the UK Charts and received rave reviews from various English publications. The album achieved Independent Album of the Year for the 2013 AIM Independent Music Awards in London. This past month the band recently performed in Singapore for the very first time for the St. Jerome’s Laneway Festival, and in April they are set to travel with The National on six of their US tour dates!