MUSIC VIDEO: “A Song About Love” by Jake Bugg 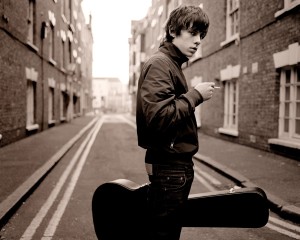 For those who are looking for a more realistic and relatable love song to celebrate Valentine’s Day this year, one should check out the music video and single “A Song About Love” by indie folk/blues singer/songwriter Jake Bugg. The video features Bugg walking alone around the streets of Paris outside of iconic buildings such as The Louvre and Pont de l’Archevêché. The video also pans to shots of a young woman walking by herself, around the same areas as Bugg but also featuring her and Bugg together in a hotel room. Overall the video depicts the musician and the woman feeling lost, both taking their own soul-searching walks among the city. And although they are in what is known as the most romantic city of the world, “A Song About Love” is not a traditional happy love song. The song talks about flaws, memories, and the hardships that come with relationships. With lyrics like, “that hide and then shatter your mind, like a constant reminder, I just want to find where you are, I just want to find where you are.” The official music video for “A Song About Love” released January 10th, 2014, and the single is featured on Bugg’s latest album Shangri La.

Check out the official music video for “A Song About Love” here!