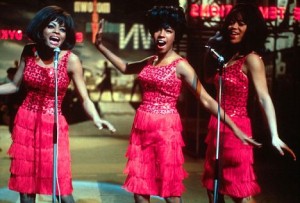 To celebrate Valentine’s Day this year, B-Sides is bringing you our top 5 oldies’ covers for those in love and for those who are part of The Lonely Hearts Club!

Sung by the original Motown girl group, is the Billboard Hot 100 number 1 hit from 1966, “Can’t Hurry Love” by The Supremes. The song is about a young girl eager to fall in love and is performed in a rockabilly style by the 1980s band known as Stray Cats. It is the perfect cover for those who enjoy catchy love songs with a rock twist!

Last weekend The Grammy’s hosted a Beatles Tribute show to honor the remaining as well as the past legendary british rock band members known as The Beatles. During the show many of today’s musicians performed their own versions of the band’s songs including Katy Perry’s powerful cover of Paul McCartney’s “Yesterday.” It is the best cover song for fans of The Beatles!

3.) The Raveonettes cover “My Boyfriend’s Back” by The Angels

Originally sung by 1960s girl group The Angels, is the song “My Boyfriend’s Back.” A warning song to a guy bothering a young woman, that her boyfriend is going to beat him up when he returns to town. The Raveonettes’ cover of the song sounds similar to the original, yet with an overall catchier beat and sound.

2.) Death Cab For Cutie covers “Earth Angel” by The Penguins

Orignally released in 1954 is the doo-wop classic “Earth Angel” by The Penguins. The song itself is a romantic tune that sounds even more dreamlike when sung by indie pop rock band Death Cab For Cutie. Ben Gibbard’s vocals enhance the song’s quiet and melodic vibe. It is the perfect cover song for you to share with your special someone.

Originally written by American singer/songwriter Baker Knight, and made famous in 1958 by Ricky Nelson. It is a sad love song that speaks about a place where the broken-hearted travel to. Paul McCartney takes Nelson’s quiet song and turns it into a loud rock tune!