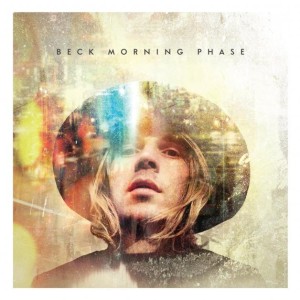 Alt-rock icon Beck is set to release his 12th studio album this week and we here at B-Sides were more than happy when the artist put the album up for streaming a week early. Allegedly the sequel to 2002’s “Sea Change” (often hailed as the masterpiece of Beck’s career), “Morning Phase” shows a peaceful, pastoral side to Beck’s work instead of the introspective brooding that marked “Sea Change”.

The recurring theme throughout “Morning Phase” is new hope or a new dawning (hence the title). Instead of dark tones, Beck gives the meandering tracks a light, airy feel. From the beautiful subtly of acoustic guitar and piano notes on simple tracks like “Heart is a Drum” and “Blue Moon” to the foreboding orchestral pieces that float intricately behind “Wave” and “Phase” (making them the most brooding tracks on the album), Beck explores an inner peace that can only come with time. Regardless of the stark differences in tone from “Sea Change” to “Morning Phase”, Beck shows that even after 12 studio albums, he can still provide his fans with a new perspective.