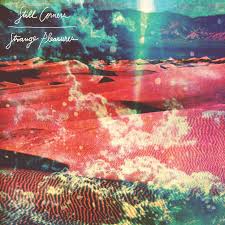 Indie rock duo Tessa Murray and Greg Hughes came together originally in 2007 in London, England. The two signed with Sub Pop records in 2011 with their music project known as Still Corners, and released their debut album Creatures of an Hour. This past February 2013 the band released their second full-length album Strange Pleasures, which features their hit track “The Trip” a song that literally provides the listeners’ mind a trip through their mind and imagination. The song features a majority of acoustic and electric guitar, a continuous electronic keyboard beat playing througout the background, and Murray’s echoing vocals, all of which allow the listener to picture themselves riding a bike or driving a car to a far away destination. Fans of The Raveonettes and Memoryhouse should check out Still Corners!