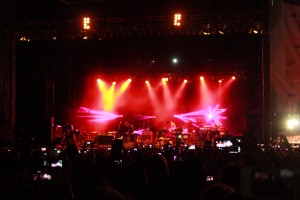 Now that SXSW is over and everyone has had time to recover, let us take some time out to really reflect on the momentous week of music we just experienced. This year was no let down to years previous; this year was in fact one of the best years in SXSW music so far. Yes of course there were big names around every corner such as Lady Gaga and Kanye West but, to be honest, how many people actually got to see them? The list of bands that performed was overwhelming including Foster the People, Mother Falcon, Glass Animal, and so many more. So out of all of these great bands, who really stuck out? We all heard about Tyler the Creator getting arrested for starting a riot, and Twin Shadows surprise performance in a dumpster, but what were some of the musically talented people who really shown through? And what parties were the best? We made a list for that.

Playing at the Rachel Ray Feedback Party, this young band with just one album so far, got 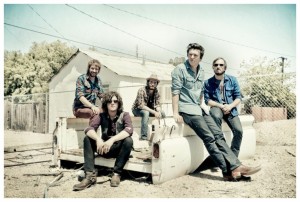 to share the stage with the likes of Debbie Harry and Willie Nelson. Most of the performances at this show were blues or rock and the wild feathers fit right in, taking the stage and making it their own while they had the time.

For this being the first time Spandau Ballet has played here in the US in 28 years, I would say they are off on the right foot! With their unbeatable 80’s new-wave vibe, the band kept the crowd energized and excited the whole set, especially during their most familiar song “True”. The entire crowd got into it singing along, making it feel like we were all in a different time.

Chromeo is one of those in the moment bands that you have to see at least once. For those at SXSW you know what I am talking about. Despite the physically exhausting days at SXSW Chromeo managed to get everyone moving like they had all been resting for this one show.

To say Beautiful Bodies didn’t have energy at SXSW this year would be one big giant lie. Anyone there could tell you this. There was plenty of dancing and jumping around, the guitarist was barely even on stage he was running around so much!

As if playing on a roof during SXSW isn’t an honor enough, Phantogram not only played the roof 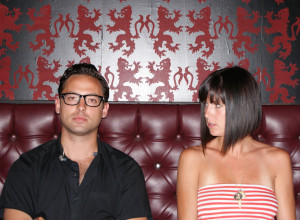 but owned it. This performance has been recounted so many times in the one week span since it happened and already everyone is looking for their ticket to see Phantogram again.

Let’s just put it this way, Rachael Ray knows how to party. Great food and great music was to be heard from her exclusive party, while the line to get in stretched down streets. And of course she only had some of the best musicians on her stage, such as Cee Lo, Willie Nelson, and the Wild Feathers.

Fader Fort proved to be one of the best places to be during the day at SXSW. This party provided great music from both newbie bands and well known artists and since it’s been around for a while know, they’re kind of getting the hang of the whole how to throw a party.

Not only was this a day party thing, it was also a night party thing. They featured lots of amazing bands such as Future Islands, Warpaint, and Against Me!. Really, they couldn’t have gone wrong with a lineup like that.

Hype Hotel offered not only great music but they gave out free drinks and free taco bell! This 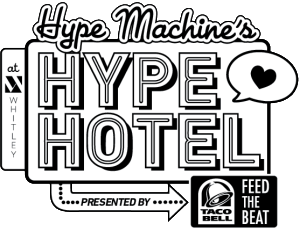 party gave the people what they wanted and it was truly a beautiful thing.

Spotify seems to really know music. Phantogram, G-Eazy, and so many more rocked the house here and not one day did they go wrong. Did you need a fallback? Spotify never failed.

Perhaps one of the greatest things about this music festival is the unity of all sorts of musicians from all over the world from all walks of life, coming to one city for one thing. The music. Until next year SXSW.