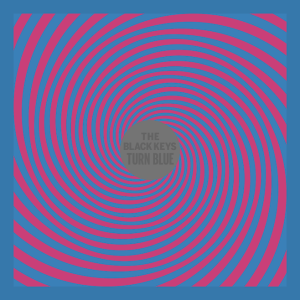 It’s been three years since The Black Keys released their grammy award winning album “El Camino” in 2011 and ever since fans have been begging for more. But now, we can all rest at ease as the band finally released news of their next album, “Turn Blue”. And of course in true Black Keys style they didn’t announce the news through a label, we heard it first from who other than Mike Tyson on twitter. Along with this news they have also released their first single from the  album entitled, “Fever” which incorporates all of the wonderful Black Keys vibes we fell in love with to begin with. Their 70’s psychadelic rock is amped up in this song making it catchy and smooth at the same time. To say this song has pumped us up for the new album is an understatement.

Famous for being an All-American nitty-gritty rock band, they’re not clean and polished and that is exactly the point. Led by guitarist and vocalist Dan Auerbach and drummer Patrick Carney, these two have been friends since childhood. While they played together growing up, it wasn’t until 2001, after the two dropped out of college, that The Black Keys were born. Since the start the two have recorded and released seven albums, switched a couple of labels and made quiet a name for themselves, racking up awards and hit singles left and right. Although through the years there have been rough patches for the two, such as when Patrick’s divorce came around and all sorts of misunderstandings came about, including the two going off on separate projects for a bit, but like true childhood friends the guys quickly worked it out and were back together playing again within the same year. Thirteen years of staying together in a band is something not many people get to experience. Fortunately these guys have stuck it out and have grown because of it; making us antsy to hear what their latest work.

“Turn Blue” is set to be released on May 13th, but be sure to pre-order it now from itunes and receive “Fever” instantly.