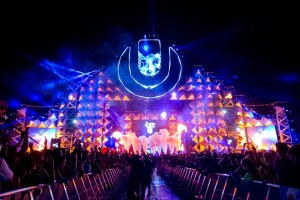 A security guard at the Ultra Music Festival in Miami Beach, FL was unfortunately stomped and trampled on when obsessive fans who did not have a ticket to the electronic music festival, pushed down the fencing on top of a security guard. The fencing lay atop Erica Mack as people trampled on top of her causing major bleeding from her head and left her in “extremely critical condition”, according to reports. Police reports state she suffered head trauma and a broken leg.

However, will this music festival be back once again to revisit Florida? Although the festival generates nearly 80 million dollars in revenue for the city of Miami, Mayor Tomas Regalado thinks not. After the incident, Regalado said, “The organizers of Ultra did not follow the police directive to re-enforce the fence, even though they knew that this year, and the year before, some kids have tried to over run the fences. In the next weeks, we are going to have a discussion on the city commission level to deny the permits for next year for the event here in the city of Miami.”

One perspective is there should be consequences but not to everyone. It’s highly unfair considering some people actually paid and behaved. Instead of banning the festival why not consider hiring more guards and making higher fences? This will not only be a safer place but it creates job opportunities. But as to everyone else who attended this concert legally it was filled with bright colors, talented artists, and memories that will be kept for a lifetime. The line-up itself was phenomenal which included only the best: David Guetta, M.I.A., Dizzee Rascal, as well as Avicll and so many more!

Best wishes to Mack who bravely defended her life and has been reported to be stabilizing slowly. But as David Guetta featuring Sia said “You shoot me down, but I won’t fall. I am titanium.” should be a line that’ll bring people’s memories to Erica Mack. No one should be brain damaged and severely injured at an amazing event such as this one.

But as always let music rock on and heal our souls!