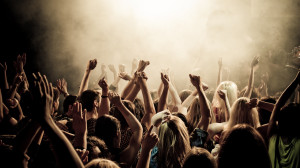 Soundgarden and Nine Inch Nails are the latest in a string of band to announce co-headlining tours this summer. Other than those two, Def Leppard and KISS announced they will be performing together as well as Thirty Seconds to Mars, Linkin Park, and AFI. After hearing these huge announcements, we couldn’t help but think about who we would love to see. Here are a few suggestions from us for future concerts. If you have any other ideas feel free to share below.

7.) The Strokes + The White Stripes

Pairing these two indie demigods simply makes sense. No two bands have done more to influence modern music than The Strokes and The White Stripes. Seeing Julian Casablancas and Jack White sharing a stage is the type of thing people tell to their grandkids. And since The Strokes and a solo Jack White will both be playing at the Governor’s Ball in New York this 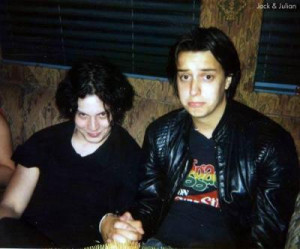 June A tour isn’t entirely impossible. However, the sad truth is that this will almost definitely never happen. Not only are The White Stripes on the dreaded “indefinite hiatus” but The Strokes haven’t done a real cross-country tour in years.

The main stream success of Outkast’s “Ms. Jackson” in the early 2000’s is largely responsible for paving the way for rappers spitting rhymes about emotion and personal relationships. In a lot of ways that group is responsible for Drake’s success. What better way to return the favor than to go on tour with the dirty south duo? The potential for songwriting collaboration between Andre 3000, Big Boi, and Toronto’s favorite son is pretty awesome, if you ask us.

This concert would angsty in all the right ways. Both groups have essentially the same fan base, so ticket sales certainly wouldn’t be a concern. Also, the themes and subject matter of their lyrics are  usually similar. The way we see it, there’s no reason these two shouldn’t give the people what they want. Because, a live mash-up of “Basket Case” and “What’s My Age Again?” would be incredible.

Both of these acts are regarded for their deep powerful lyrics. Not to mention Marcus Mumford and Conor Oberst are outstanding musicians. The raw talent on the stage in a concert with both of them together might be too much for one venue to handle. Even still we think it’s worth the risk. Not to mention how  über cool it could be to see them shredding acoustic guitars at the same time.

What could be better than these two

Hawaii natives jamming out side-by-side? Our imaginations can hardly comprehend the potential for something amazing that could come from this partnership.  Between the frenetic pop of Mars and Johnson’s mellow acoustic vibe the audience would be guaranteed a wild time. Both of these guys are known for fantastic live gigs and we can be sure they wouldn’t let anyone down. 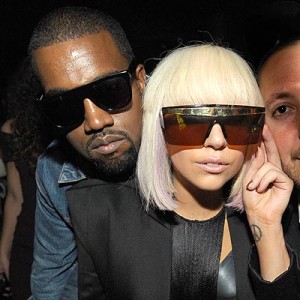 Say what you will about Kanye and Gaga, they know how to put on a show. This pairing would be all the more satisfying in light of the failed 2009 Fame Kills tour. These two musical sensations almost did hit the road together to promote Fame Monster and 808’s and Heartbreak, but it was cancelled at the last minute for reasons unknown. Regardless of why they didn’t do it, there’s nothing stopping them now.  With the success of Artpop and Yeezus a co-headlining presentation from both of these artists would promise to be nothing short of jaw-dropping.

What happens when “Stairway to Heaven” scribes, and The Holy Trinity meet the Prince of 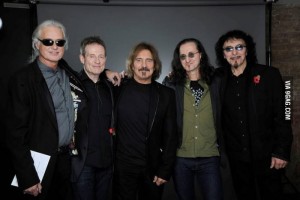 Darkness? We’d love to find out. Sure Led Zeppelin has made it very clear they have no intention of doing another live show ever again. But Sabbath and Rush still tour, and put out new music. Maybe Ozzy and Geddy Lee can convince Robert Plant and co. to get out there for a larger than life farewell tour. One thing is sure, if the founders of hard rock, heavy metal, and prog rock played in one night together the venue should have a good supply of mops. Because minds will be blown. And judging by the picture to the right, it looks like this isn’t as farfetched as one might think.

Go ahead and let us know if you have any co-headliners you’ve been dying to see in the comments section.