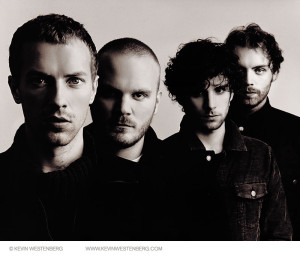 I’m sure by now everyone’s heard the catchy new love song by Coldplay entitled “Magic”. In case you haven’t, this romantic tune is about falling in love with someone and being entranced with them, making it feel like “magic”. Now while some people might imagine the guys to take this video in to a present day love story with a boy and a girl smitten over each other kind of direction, instead these guys took the magic to a more literal sense.

This video is based around a classic theme of an old-time black and white silent movie in a circus setting. A circus helper falls in love with the leaders wife and yet there is nothing he can do. He watches as she is being abused and is miserable with him, and so like any decent hero, he works on his magic. He begins practicing more and more until his powers become strong enough that one day, he takes on the leader and sends him up into the air. Where? We don’t really know but in the end he and his lovely lady take the stage for their own show. The idea of love being like magic is taken in two ways in this video and is very well presented, visually and emotionally. Fans of this song will be happy no matter which way they wanted them to take it, and especially those who are fond of the old time classic arts of film.

“Magic” will be on Colplay’s new album “Ghost Stories” out May 19th! Be sure to pre-order their album on itunes and amazon today! And check out the music video below.