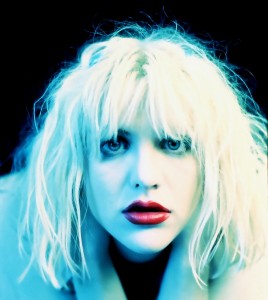 Few individuals have had as much of an influence on modern rock as Kurt Cobain’s widow.The former lead singer of Hole has left her indelible mark on music without ever producing a number one hit.

The rock demi-goddess recently re-entered the national conversation when a note found on her late husband was released to the public. There are accusations in the note that suggest she was an unfit wife who “siphoned his money” among other things. For some music fans this reaffirms animosity toward Love. However she is now claiming to have written the note, which may undo some of the damage to her already tattered public image.

Yet, Love’s influence hasn’t been limited to music alone. She starred in Sid and Nancy (1986) along side Gary Oldman. She would go on to act in other independent films including 1996’s The People Vs. Larry Flint starring Woody Harrelson and Edward Norton. She recently lent her acting skills to part 9 of Fall Out Boy’s 11 part music video series The Youngblood Chronicles. The video features a performance from love as a singer as well, lending her talents to FOB’s “Rat a Tat.”

Love has made efforts to reinvent herself every few years since husband’s death in 1994. This has usually been a fruitless gesture. Ms. Love can’t seem to get out of her own way. In 2010 Hole released their first new album since 1998 which wasn’t entirely hated by critics. Any positive feelings being sent her way were pretty much undone when she set her own apartment on fire to avoid paying back rent in the next year. And if that didn’t hurt her image, then berating fans and walking off stage at a concert probably did.

But, controversy is part of her charm. Whether she’s swearing sobriety through slurred words at a Comedy Central Roast, or getting a brazillian wax in front of journalists Love has never had trouble holding our interest. Her antics have been part of the rock-and-roll collective unconscious since the start of her career.

Here’s the title track from 1998’s Celebrity Skin for your listening pleasure.