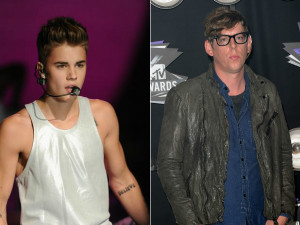 Patrick Carney of the Black Keys reignited his rivalry with Justin Beiber in a recent Rolling Stone article. He’s joined long a standing tradition of rivalries between musical acts. Since time out of mind there have been beefs between rappers, rockers, and even comedians. Creativity is tricky business and sometimes feelings get hurt. Here’s a look at some of the most notable times those feelings got hurt. 10.) Patrick Carney V. Justin Bieber

In February of last year reporters asked Carney how he felt about Justin Beiber’s lack of Grammy after the award show. Carney eventually answered by saying that the pop star didn’t deserve an award because the money Bieber has earned should be enough for him. Biebz took to twitter and his followers joined in a full onslaught against the drummer complete with insults and threats. This fight has no clear winner yet, because the Black Keys’ rhythm man is refusing to back down from his opinions regarding Canada’s favorite son. 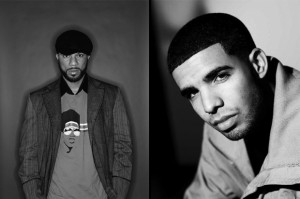 This one is a case of old vs. new. The two rappers have been going at each other in several different recorded verses as well as live performances. Each has claimed the other is either “soft” or otherwise un-gangster. These guys both have a reputation for being more emotional than hard so it’s not surprising that their similarities have caused some butting of heads. The rap battle played itself out through 2011 Drake’s “Sweet,” “Stay Schemin’,” and on Common’s remix of the latter. This one apparently ended in 2012 with Drake claiming he “came out of that one with a ‘W’.”

Grief is a powerful emotion. Like most rock music fans Courtney Love has never fully recovered from the death of her husband. However her misguided rage at Nirvana’s drummer has never been fully explained. The two have nipped at each other publicly since the 90’s. Their petty heartache-fueld feud shows no signs of stopping, which is an unfortunate way to commemorate the loss of Kurt Cobain.

Who knew that music parody was so serious? Unfortunately, this is not the only beef between a rapper and a comedian on this list. 1996’s “Amish Paradise” spoofed Coolio’s “Gansta’s Paradise” supposedly with permission from the rapper’s representatives. However, Coolio later claimed (falsely) he had not given permission. While Yankovic wrote a letter of apology that year, his rival never formally accepted. The latest word is that the two never made amends.

Why should the drummer have all the fun? The Black Keys’ frontman has also found himself in hot water with a fellow musician. During a custody battle with his ex-wife White wrote in a report that Auerbach “ripped-off” his music and refused to allow his son to go to the same school as Keys’ singer. Auerbach chose to take the high road and has never responded to the animosity, while White has yet to make a clarifying comment.

At this point Kanye is pretty well renowned for not being able to take a joke. When Kimmel had a child read the transcript from a Kanye interview the Chicago rapper got a little peeved. He took to twitter with a barrage of insults toward the late night host. This one was squashed pretty quick however, when Kimmel apologized and Kanye appeared on his show to explain the tweets. 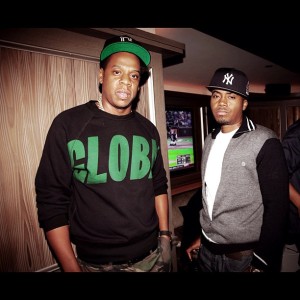 Very seldom is the winner of a rivalry the music industry as a whole.This vendetta is the possibly the second most well-renowned rap battle. Hov and Nasty Nas attacked each other in numerous verses and tracks that included the former’s “Supa Ugly” and the latter’s “Ether.” Some of the best hip-hop from the early 2000’s came from the animosity between these two. Even better was the stuff they produced after the quarrel was settled. Nas signed with Def Jam in 2006, produced a few albums with them and was featured along side Jay-Z for several songs. Last month Jay joined his label mate on the stage at Coachella.

Rap music in general is a conentious bussiness. When an up-and-coming artist is spurned by an established peer emotions are going to flare. Em was putting on a show in Detroit to promote his first EP in 1997. The flyers for the performance read “Featuring appearances by Esham, Kid Rock, and ICP (maybe).” Violent J of the Posse was insulted he wasn’t asked first and refused to perform with the young Slim Shady. From there the rappers went back and forth with diss songs until the beef was supposedly squashed in 2004. How did the two controversial rappers finally settle their differences? A bowling match, obviously. 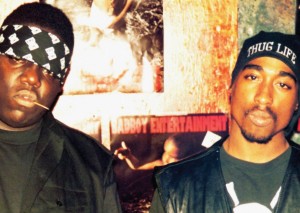 How could anything else be #1? This beef set the standard for rap battles, as well as music tragedy. There was no winner in this unfortunate feud. While the intense lyrical attacks made by each side live on. The east and west coast rivals perished before the end of March 1997. Notorious was killed supposedly in retaliation for Pac’s 1996 murder. The world lost two icon’s within 6 months of one another and hasn’t been quite the same since. The sting of their loss has rippled through out rap music as a whole. Many of us still mourn them both. While the music they’ve left behind wasn’t worth their lives, there is small comfort knowing that some part of them will exist forever.