Rant: When The Bands On, Turn Your Phone Off 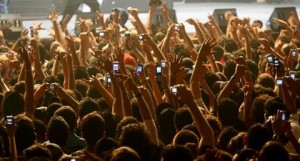 Last night as I stood on the balcony of the House of Blues, watching Haim absolutely blow the roof off, I couldn’t help but notice the sea of cell phones aimed at the stage. Every moment of the show was covered from numerous angles, by people who never put their electronics away for a second. It was slightly irksome, as the people seemed more interested in filming the band, than actually watching the band. As far as I could tell, they missed the entire experience in the pursuit of the perfect video. I focused on it long enough to realize that I was starting to miss the show, and resumed my attention to the stage for the rest of the spectacular event. 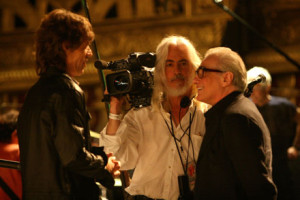 Yet, when I got home, it was still bothering me. Why would anyone waste the money on a concert ticket, just to film the whole thing? It’s one thing to be a professional videographer. Getting paid to film a concert is pretty awesome, but why would someone just go there to spend the entire time filming it on their phone? Is that really all that different from watching the show on Youtube? Has this become some unspoken responsibility certain members of society have taken on, in order to show the world what they missed? Or does it come from some place of needing to feel like a part of something? Perhaps it’s just for the bragging rights on social media? I mean, you wouldn’t film a movie while you watched it… right?
None of it really seems to make any sense to me, as live music is one of the best things to share with the people around you in the moment. The point to getting into the concert, is that it’s an experience. It’s a secret between the audience and the band, to be kept from the people who were too busy doing something else. You can’t experience a video. You can watch a video, and it can incite emotions but lets be honest, it’s nothing like the real thing. Escapism is cool, but reality is cooler, and it’d be a damn shame to lose such a great part of it to the art of documentation. Leave that shit to the professionals.