5 Best use of Songs in Commercials 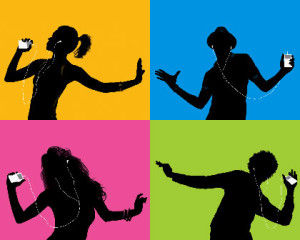 If watching Mad Men has taught us at B-Sides anything, it’s that making commercials is an art form. In a time when most people fast foreword through advertisements the five below made us rewind to take a second look. We hope you will too. Don’t be thrown off if you see your favorite band here, we don’t think they’re corporate slaves. You say they’re selling out? We say, now way! Here are some artists that lent their talents to awesome products in an awesome ways.

This 25-year-old New Zealand native was introduced to us through a commercial with dancing iPods. The thirty second TV spot made us all want to boogie along with the MP3 players. The song is catchy and the it made us excited for the young man’s future in the music. Check out the exciting ad below.

The third track on the band’s Contra was not everyone’s favorite, but it’s blended perfectly with the preppy feel of a 2012 Tommy Hilfiger commercial. Yes it a was also featured in an ad for Honda, but we think it worked better here. The unique tv spot can be seen below.

Are you a fan of The Goonies? Would you change your legal name to match the movie’s villain so that your band’s name could be factually accurate? We didn’t think so. The Fratelli’s are a fun danceable britpop act. These five scottish dudes took the US by storm when their iPod commercial made landfall. have a look below.

Admit it, the first time you saw this commercial at your house, you were intrigued. The frenetic disjointed images, and the startling words weren’t enough though. The odd, but insistent song is the most driving element of the advertisement. Get hypnotized below.

We apologize that our number 1 isn’t in English. But take a look at the video below. It’s infectious, and cool even if the words aren’t in your native tongue. The ad below isn’t so much a commercial as it is a short film. Take the tropical adventure in the Heineken spot below.