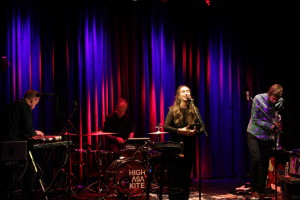 You may not have heard of Highasakite yet, but that’s likely to change in the coming year. The Norwegian quartet recently put out their sophomore album Silent Treatment, which leaped over the stereotypical slump, and landed above their debut album, with a fully realized sound of what they had previously produced. The band has yet to reach high levels of success in the US, but they’re on track, having just wrapped their second US tour, which included a stop at the SXSW Festival. B-Sides had a chance to catch up with them on their stop in Boston last month, where they were kind enough to answer a few questions.

So how did you guys meet each other? 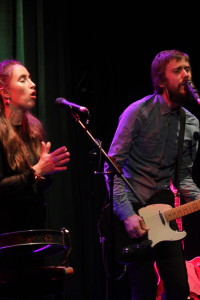 Trond: It was me and Ingrid, the vocalist, we met each other at the Jazz Conservatory of Trondheim. Then, we released a record together, with Øystein on synthesizers. As we started playing festivals, we needed to expand the band a bit, so we decided to bring in Kristoffer on guitar and flugabone, and Marte who also plays synthesizers. And then we were five people on stage, and happy ever since. (Laughs)

The band has a pretty unique sound, what are your biggest influences, as far as other musicians go?

Øystein: We all have like different influences musically, also we’re pretty inspired by movies, and books, and things so it’s hard to name exactly what it is. It’s a big mixture of everything we have liked for many years. Everyone’s working with different type’s of music, Kristoffer’s working now with a jazz ensemble. Trond is making his own stuff, it’s all a big mess.

What are you guys listening to now? 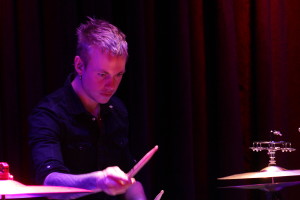 Kristoffer: There are some artists we listen to more than others, I know Trond is a huge fan of Purity Ring from Canada. I listen a lot to Lykke Li from Sweden, and a lot of Scandinavian based bands. We all have these different influences and bring them into the band. Fever Ray is a huge inspiration as well.

When you were making the new album, was there a sound you were going for? Or did it just kinda happen naturally?

Trond: We didn’t have a plan with the sound of the record. We got a lot of help from our producer, but I think we just had the songs that Ingrid had wrote, and we just started to produce them in the studio. They just turned out that way, we didn’t have a plan for that, it just happened.

A lot of the lyrics to the songs are very abstract, sort of surreal, what mainly influences them? 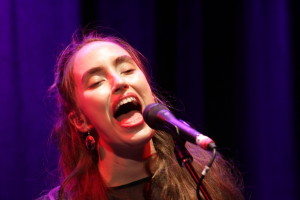 Ingrid: I just try to write what I think is pretty and not reveal too much. I’m very inspired by poets like Philip Martin, Dorothy Parker, and a few Norwegian people you probably don’t know of.

This is your first East Coast tour, did you have any expectations? How does the music scene in America differ from home?

Kristoffer: Well one thing with the music scene here is, it’s much larger than back home. In Norway, there’s a rally good music scene, but we kind of know everyone because it’s a small country. I don’t think any of us really had any expectations about how the audience would react, and it’s been so positive. People are so forthcoming when we perform, and they come up to you and say that they really loved it. They really wanna tell you how much they enjoyed it, and that’s not normal in Norway, people don’t do that. It’s different in so many ways, but it’s been so much fun. We toured the west coast in March, and people were just listening to all the songs, buying merch, it’s been so much fun. 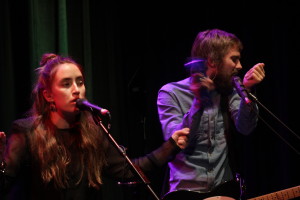 Do you guys have any crazy tour stories so far?

Kristoffer: We haven’t done that much crazy stuff.

Øystein: We had some good times in the previous tour.

Ingrid: It was a silly time. 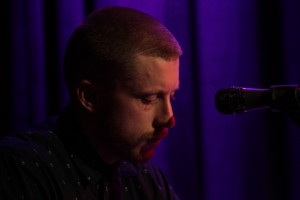 Kristoffer: We had a pretty hardcore incident involving food poisoning actually. In LA last year, I had to drive the healthy members to the Echo to set-up the gear, and then I had to get Øystein and Marte the keyboard players, from their beds, into the car, directly onto the stage to perform. Then directly back to the car and drive them back to the hotel, because they were just vomiting every fifteen minutes. We started experiencing the same thing on tour this March, all of us puking on the bus. So that’s probably the craziest story.

Sorry to hear that!

Last question, do you guys have any bands you have on a wish-list type of deal that you’d like to tour with someday? 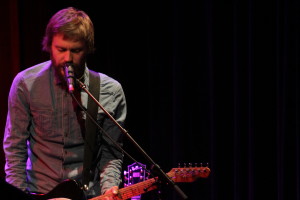 Trond: I don’t think that will fit.(Laughs)

Kristoffer: Lykke Li definitely. I think we’d like to tour with all the bands we like and listen to, as long as it fits. Not like a heavy metal act, and then us.(Laughs)