5 Albums That Sound Better On Vinyl 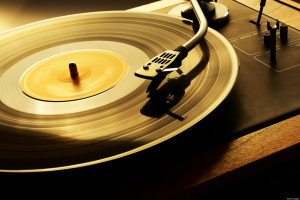 Music played on vinyl is a beautiful and somehow textural thing. You feel the sound in a much more intimate way. Sure, some tunes are perfectly fine when you play them through an iPod through regular earbuds. Yet other tracks need to be heard on this black 12 inch discs. Analog oozes honesty in a way digital sound doesn’t. Drop a needle and take in all the pops and hisses with these  five vinyl worthy LPs.

Interpol’s first album was a longingly nihilistic showing that the American band a worthy successor to bands like The Smiths and Joy Division. Turn On Bright Lights is a  rock album that isn’t afraid to be sweet. While “PDA” was not originally released as a single, it received a different sort of popularity when it was included as a playable track in Rockband 2.

The Stones eighth is consistently on lists of the greatest rock and roll records ever made. Let It Bleed is possibly the truest rock and roll record in musical history. Besides everything else produced by Mick and Keith. We’ve all heard “Gimme Shelter” and “You Can’t Always Get What You Want” a million times, here’s a tragically overlooked track from that same album.

Known for trippy performances and  and introspective lyrics, this Canadian seven-piece band (septet?) is at the forefront of indie rock. Currently Arcade Fire is selling out arenas and festivals around the world with their trademarked dazzling live shows. And, while the title track and “We Exist” have topped the charts and made headlines, “Normal Person” is another great song that can be heard below.

The best living or dead hands down did it again in the winter of 2010 with the highly collaborative My Beautiful Dark Twisted Fantasy. The album was widely considered the best of the decade in the genre and went platinum in two months. Below is the NSFW sixth track “Monster” featuring Rick Ross, Nicki Minaj, Plain Pat, and Jay-Z.

The haunting barely there feeling of this record was a total accident. Nebraska was originally supposed to be a demo of possible songs for The Boss to eventually play with The E Street Band. However, after hearing the ten tracks all put together, he decided they would work together as an LP. Used Cars” is a pretty and deep song that can be contemplated below.