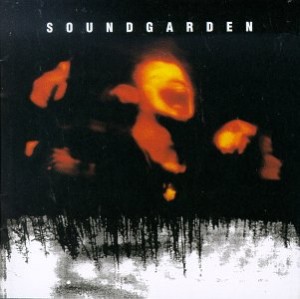 Soundgarden’s fourth studio album had no reason to be as popular as it was. The LP was entirely unusual and should have been the furthest thing from mainstream. Superuknown has a tendency to be forgotten in the modern age in light of the success of Nirvana and Pearl Jam. But Chris Cornell and friends are notable in their own right. Cobain and Vedder are giants of the 90’s and it’s easy to forget that grunge was more than just two people. If anyone deserves the bronze medal in the genre, it’s Soundgarden. Here’s a look back at the record that turns 20 this summer.

First some background. Superuknown was a 15 tracks of hard rock that hit shelves in 1994. It would eventually go on earn five stars from Rolling Stone and AllMusic as well as a rare rating over 8.0 from Pitchfork. The album was nominated for a Grammy in 1995. It was certified platinum five times in the United States, three in Canada. Not only was it awesome, it made butt loads of money.

Mid-eighties airwaves were dominated by bad Led Zepplin rip offs.In a recent interview on Marc Maron’s WTF podcast Cornell mentioned that his band was the first he’d ever heard of to be described as sounding like Zeppelin “in a good way.” Robert plant and Jimmy Page are Now seen as demi gods who rule over all of rock. But in 1985, Led Zep was the stencil that inspired bands like Twisted Sister, Bon Jovi, and REO Speedwagon to sell out arenas, wear tight pants, and grow their curly locks past shoulder length.

In that same interview Cornell talked about the crisis Soundgarden faced post Superunknown. Like Nirvana, and Pearl Jam, they were a band who formed in order to appeal to a small audience. The extistensial confusion came when grunge turned into a global phenomenon. These guys who invented their own style as a fringe punk-rockish revival were no longer on the outskirts of culture. Alternative was a force to be reckoned with and bands that were part of the movement didn’t know how to react to their unmitigated success. The doubt that settled over the men in these bands in different ways. The end for Nirvana was ultimately tragic. Pearl Jam’s sound changed drastically after Vitalogy. And, Soundgarden would eventually go on hiatus.

Superunknown wasn’t the last album to be produced by the Chris Cornell led band in the 90’s, but in many ways it was the purest. By traditional standards, it had no right to be successful. A transcendental drug-fueled composition like “Black Hole Sun” was never meant to top the charts, and yet it did. Yes this album was the beginning of the end of an era for Soundgarden, and indeed music in general. But, let’s not weep for what has passed, but celebrate the impression they’ve left on all of us. Take a look back at yesteryear below with the title track “Superunknown.”