What Took You So Long?: The Black Keys 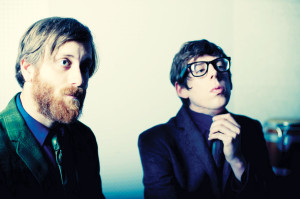 The Black Keys formed in 2001, and despite the fact that their music has been used heavily in commercial advertising for the past decade, the band didn’t really achieve mainstream success until 2010’s “Brothers.” Last month they released their latest “Turn Blue” which became the first album the group has released to hit number one on the album charts. Why did it take so long for the world to pick up on The Black Keys, a band who was making bluesy garage rock at the same time as now-genre staples such as The White Stripes, The Strokes, The Hives and more?

The Black Keys debut LP “The Big Come Up” is certainly impressive for a first go around, especially considering it was recorded in drummer Patrick Carney’s basement, but it’s struggle to find mainstream success is at least semi-understandable. Even follow-up album “Thickfreakness” doesn’t boast the same kind of hooks and harmonies that would skyrocket them into fame seven years later, but 2004’s “Rubber Factory” still holds up as some of the band’s best work. The band did just about everything they could to grab the mainstream’s attention, selling their songs to commercial advertisement, composing songs for movie soundtracks, and playing mega-music festivals like Coachella and Bonnaroo, so why didn’t they stick?
In 2007, The Black Keys were reached out to by super-producer Danger Mouse to help write songs for a new Ike Turner album. Turner died before the album could come to fruition, and the songs ended up being turned into the band’s fifth full length, and first album produced by Danger Mouse “Attack and Release.” This is arguably the best decision the band made, as Danger Mouse would go on to produce their breakout single off of “Brothers,” “Tighten Up,” as well as producing and co-writing the following two albums “El Camino” and this year’s “Turn Blue.” 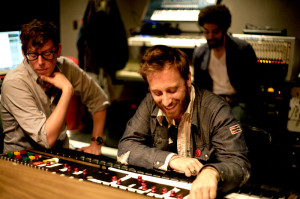 While the Keys haven’t really ever put out a bad album, it’s safe to say “Attack and Release” was a turning point in their creativity, where they began to really develop a unique sound. Their work prior to that album is great in it’s own right, but perhaps was lost in the sea of sound alike bands capitalizing on the surge of low-fi garage blues owning the alternative stations at the time. Maybe it’s for the best they took a while to catch on, as it forced them to expand their songwriting, and find a truly original sound. It’s that sound that has them on top now, while many of the bands they struggled to rise with have faded into mediocrity, memory, or both.