Warped Tour celebrates it’s twentieth birthday this year, and the summer rock camp has certainly grown. What started out as a annual tour focused mostly on punk rock influenced music, the tour now boasts an incredibly diverse array of artists. With a roster that constantly features over a hundred bands a day, it can be hard picking which acts are a must-see. Here’s ten bands that we can guarantee you’ll regret missing out on: 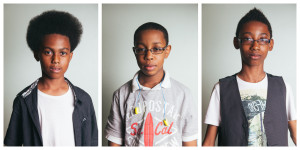 Unlocking The Truth – These Brooklyn based seventh graders probably haven’t even hit puberty yet, but they’re hitting all the right notes when it comes to music. Certainly one of, if not the, youngest band ever to play Warped Tour, it’d be worth watching just for the spectacle. Don’t be fooled though, these dudes are no gimmick, they have some serious chops. Don’t believe me? Peep the link below:

Less Than Jake – While Warped Tour does a good job of booking bands on the brink of becoming the next big thing, they’re just as dedicated to bringing scene staples and tour legends on board as well. Less Than Jake are Ska-Punk royalty, and have performed at Warped Tour countless times. The band always provides energetic upbeat tunes and hilarious stage banter. Definitely not to miss.
Less Than Jake - Plastic Cup Politics (Live 2014 Vans Warped Tour)

Bad Rabbits – It’s Rabbit season, as the Boston based quintet is ready to make America fall in love with their infectious blend of R&B and good old Rock n’ Roll. These guys will be one of a kind on the tour, and if you want to fully experience the diversity of Warped Tour’s line-up, then they are a must see. 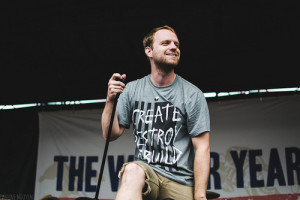 Aaron West and The Roaring 20s – You may not recognize the name Aaron West, and we don’t blame you! (Sorry to all the Aaron West’s out there not getting the recognition they deserve.) The bands name belongs to Wonder Years frontman Dan Campbell, who’s debut LP comes out on July 8th. Based on what we’ve heard so far, and the pop-punk crooners history of incredibly humanizing lyrics, the album promises to be a tearjerker. The slow acoustic jams will be a nice breather from the crazy summer heat, and even crazier bands playing in it.
Aaron West and The Roaring Twenties - Divorce and the American South (Official Music Video)

Bayside – Bayside are like that amazing supporting actor who always outshines the lead. Having opened for plenty of the biggest names in their scene for the past fourteen years, this past year took them to their highest level yet, as they embarked on their biggest headlining tour to date in support of their phenomenal sixth studio album, “Cult.” Bayside are one of the most consistent bands in the punk scene right now, and they’re sure to bring that consistency to the tour all summer long. 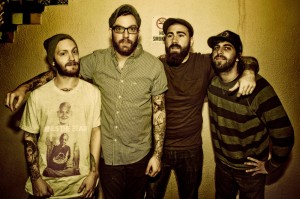 Four Year Strong – After taking a brief hiatus to focus on family, and other personal matters, these guys are back in full effect. Since dividing fans with 2011’s “In Some Way, Shape or Form,” they have reteamed with “Enemy of the World” producer Machine to craft an EP more akin to the 2010 fan favorite. The band is sure to get the whole crowd head banging with classics like “Heroes Get Remembered, Legends Never Die” and “Wasting Time,” as well as preview a few new tracks from the Ep.
Four Year Strong "Tread Lightly"

Saves The Day – It’s safe to bet that these guys are on more than half of the other bands playing this year’s list of influences. This year makes it twenty for the band, who exploded onto the scene with 1999’s “Through Being Cool.” It’s been a while since they’ve played Warped Tour, and even though twenty years seems like a long time to see a band, vocalist Chris Conley is only 32. So don’t think they’ve lost a step yet.

Saves the Day "At Your Funeral" - Official Music Video

Everytime I Die – Keith Buckley and his band of misfits are sure to bring the crazy. The metalcore giants release their new album “From Parts Unknown” on July 1st, and the album is full of the biting sarcastic lyrics, and heavy riffs you’ve come to love from them. They might be better to watch from a few yards back, for your own safety.

Allison Weiss – The 27 year-old Kickstarter It Girl raised triple her goal over the course of two months to finance her first full length album in 2009. If you doubt the must-see-worthyness(that’s totally a word) of Ms.Weiss, perhaps refer to her past experience, which includes being in Lou Reed’s back-up band for his 2012 European tour. Did I mention he handpicked her, himself? That’s right. Now, go. Run to her!

The Maine – The Maine have made quite a name for themselves since forming in 2007. They pretty much did the opposite of Drake, releasing their debut on Warner Bros., before jumping around to more independent based labels. They recently formed there own label 8123, which they used to release their newest acoustic EP, “Imaginary Numbers.” The Maine are as ambitious on stage as they are off stage, so you better make sure you catch at least a song or two.
The Maine | Raining In Paris (Official Lyric Video)