After the wildly successful first installment of my diary from a music festival I’ve returned to finish the story. The people are clamoring to find out what it is really like to go to one of these modern Woodstocks. When we last left off I was still settling in at Firefly. After the end of the second day I was exhausted but excited. There was much more to explore in the dusty landscape. Outkast and Jack Johnson were in my future, after all. My journey wasn’t even half way over, and things only got better as time went on.

By saturday we were right in the thick of things. Firefly had soaked into every fiber of our being.  With that being said, phones still worked and there were TVs all over the place. This meant one thing, because everyone there collectively was hyped at the USA’s moderate success in the World Cup. Chants of “I believe that we will win” sprouted up spontaneously at most concerts. Hell, I heaven joined in a rallying call of “I’m England ’till I die” with some British festival goers. The fervor made the music that much better. You could cut the energy with a knife at every single stage. At no place was this more true than Outkast’s headlining performance. Yes, Imagine Dragons, Cage The Elephant, and Beck were all highlights from last Saturday but the durty south rap duo could not be topped. Check out the middle headliner as they perform their biggest hit below. 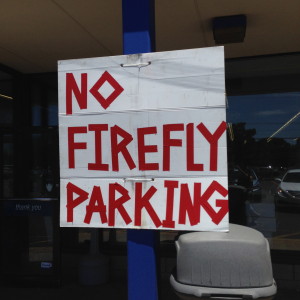 Weezer, Childish Gambino, and Jack Johnson blew things up on Sunday night. But none of them were the highlight for me that day. You see, the music festival I went to isn’t a lot like Coachella or Bonnaroo. It has gourmet food-truck style cuisine, small concert stages at every campsite, and a tent where certain artists will sign their albums. Another one of Firefly’s claims to fame is the Coffee House. It’s a smaller semi indoor tent stage where artists play lower-key sets. This year performers included Grouplove, The Voice’s Caroline Glaser, and Iron and Wine.  I lounged half the day away in this couch-filled acoustic rock oasis. Now, I love in-your-face rock and roll as much as the next guy, but there was something nice about hanging out in the shade and swaying along with friends. Below is Kawehi’s haunting looped cover of a Nirvana Classic.

All in all Firefly was fantastic. However, I don’t think music festivals are for everyone. If you sunburn easily, aren’t so great on your feet, or consistently have trouble staying hydrated you might not enjoy yourself at one. The essentials to having a good time are sunblock, earplugs,  good shoes, bug spray, and a good attitude. Sometimes it sucks there, and you’ve gotta keep your chin up. Sure, I had the time of my life but that doesn’t mean you will. I wouldn’t recommend the experience to the faint of heart.