Why Do We Watch Award Shows? 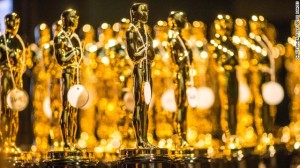 Everyone likes being rewarded for doing a good job at work, but not many occupations provide awards for doing such. They certainly don’t hold nationally televised ceremonies where they pick the best of the best. So, why are there award shows for the entertainment industry? What makes us interested in a decision that not only has no impact on us, but that we have no say in deciding upon? This past weekend, the Teen Choice Awards were lambasted by fans, after it was revealed by nominees that the awards were a little less the teen’s choice than the voting aspect of the show implied.

Celebrities are already pretty much celebrated for being the people they are, getting paid an absurd amount of money to live out their dreams. Why do we need to annually remind them we think they’re awesome with little tokens of their achievement? Why are the Academy Awards the biggest award show of the year, and the Nobel Peace Prize is barely a blip on the radar for mainstream America? Why are there no nationally televised award shows for things like the greatest advancements in medicine, or technology blowing up our social media feeds annually?
The truth of the matter has to be that award shows, are in and of themselves, an extension of entertainment. Of course we love the Grammy’s, because our favorite performers are all under one roof, and amazing collaborations can happen that may have never seen the light of day otherwise. These people are performers, so an awards show full of them is guaranteed to be far more interesting than an awards show full of electrical engineers, or brain surgeons etc. The award shows themselves tend to be as entertaining as the work they’re celebrating, and thus keep us tuning in, no matter how trivial the value of the award itself may actually be.